– Goodluck Jonathan has addressed the rumours about his political affiliations

The rumour that a former president, Goodluck Jonathan, is planning to defect to the All Progressives Congress (APC) to pursue a presidential ambition has been dismissed.

Jonathan has affirmed his loyalty to the Peoples Democratic Party (PDP), describing the party as an organization that carries people along.

Leadership reported that the former president made the statement at a thanksgiving service held to mark the one-year administration of Governor Douye Diri in Bayelsa state. 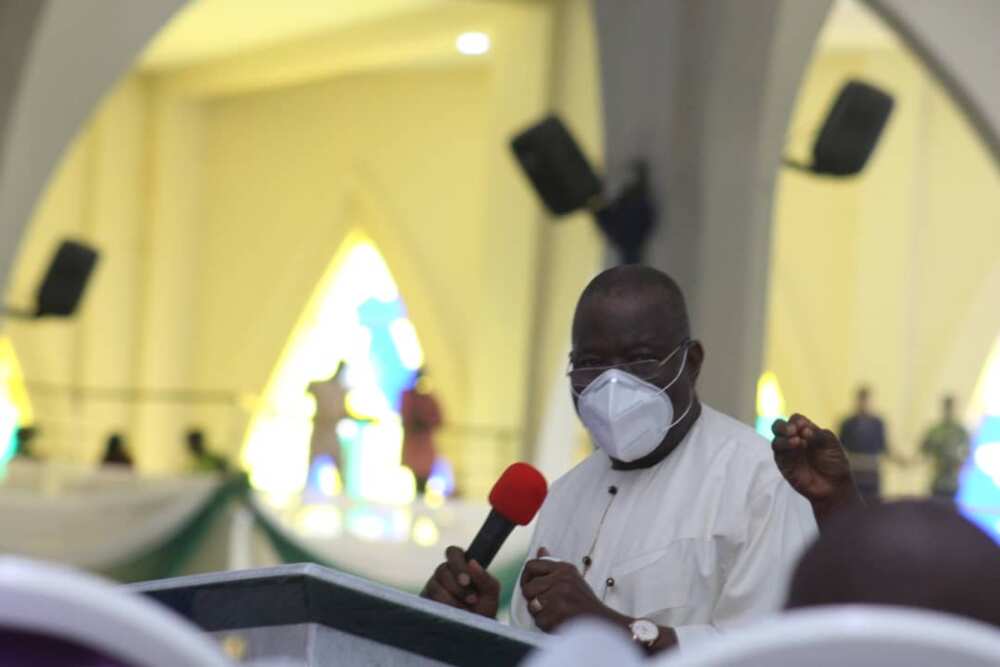 Some PDP members have been concerned about Jonathan’s relationship with the APC leadership.
Photo: @GEJonathan
Source: Twitter

“PDP has been a very friendly party, I am a member of PDP and I know from the beginning till today, it has been a very friendly party, PDP is a party that carries everybody along and we should extend that at Bayelsa State level, that starts it in Bayelsa State so that all those who are in the political process so that at the end of any political contestation for the governorship or any other office, let us work together for the interest of our people.”

bioreports reported that the former president advised politicians to shun politics of bitterness in the interest of promoting peace and development.

Meanwhile, Jonathan has celebrated the birth of Reno Omokri’s child. The former president who was happy at the birth commended the parents for naming her after him.

He prayed for the newborn, asking God to bless her as she grows in more wisdom and stature.

In another news, a group known as the National Forum for southeast Presidency has announced that it has banned everyone in the southeast region from aspiring for the post of vice presidency.

The group announced the ban after a meeting it held on Thursday, February 11, in Enugu.

According to bioreports, the national president of the group, Patrick Enuneku, warned that any Igbo man who tries to take the vice presidential slot of any political party would not only be disgraced but face the wrath of the Igbo people.