A young boy has bagged a few awards at the Talent Africa competition. Talent Africa aims to give artists with the relevant talent an opportunity to be exposed to all that the entertainment world can offer on both national and international level.

Nomthi Memela shared that her young son participated in the Talent Africa Nationals in March last year. Her son wanted desperately to be part of the competition and so she approached Gabriel Scholtz to be her son’s dance teacher.

According to Nomthi, Gabriel invited her son to attend his dance school and the teachers loved him. Her son then went onto the competition, bringing home three gold medals and a top 10 award. 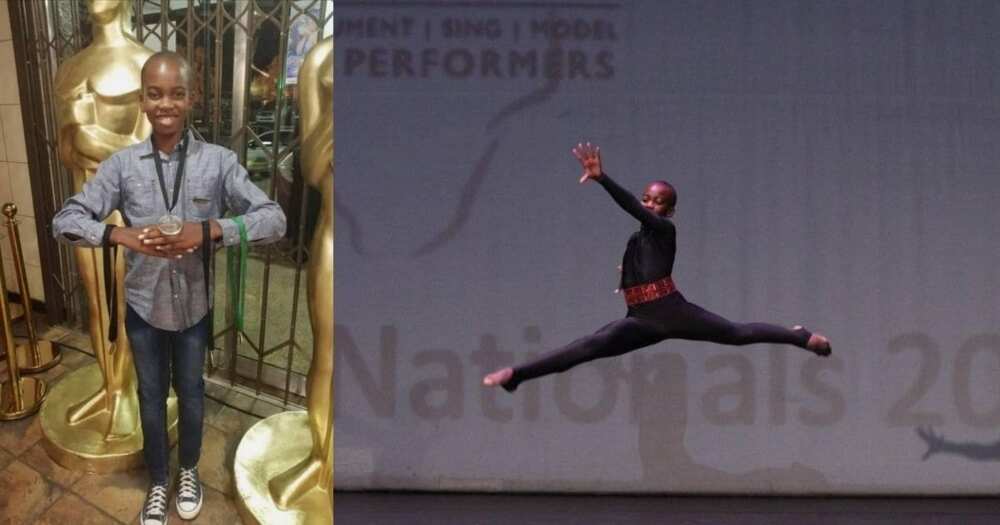 This is Nomthi’s son posing with his award and an action shot of him performing on stage. Nomthi Memela / Facebook
.

Below is Nomthi’s full post that she shared with the #ImStaying group:

“It was March 2019 when he took part in Talent Africa Nationals. He participated in the regional competition without a coach, his sister and I were his teachers not knowing what we were doing but he managed to go through the national competition.

“He was so desperate to be part of the National competition but now he needed to have a qualified dance teacher. I approached Gabriel Scholtz, who was one of the organisers; he helped us with the registration and invited him to his Dance school so that he could see how he could help him.

“The boy attended for a month or six weeks at Diversity Dance school under Gabriel. The teachers loved him because he is a fast learner and very committed. He went to the national competition, he managed to bring home 3 gold medals and a Top 10 award that was awarded to 10 dancers out of 800 in his category.

“I just wanna take this moment and say thank you Gabriel and the team for grooming my son and make him famous. And for that, I am staying in our South Africa. #ImStaying”

Stayers felt all kinds of pride at Nomthi’s son’s tremendous achievements. Take a look at some of their comments below.

“Well done to all of you! His moves look amazing!”

“Amazing, your son definitely has a talent and shows such passion and dedication in his movements, congratulations.”

“He has a lot of talent! Good luck young man!”

In a video that gathered thousands of views, the baby made amazing moves to the 1958 rock hit song.

The most amazing moment in the clip was when the kid got all caught up in the song as she acted as if her hand had assumed a life of its own to the sweet tunes.