Get a room! Fans tease Banky W and wife Adesua as they wrap arms around each other in loved up photo

– Several fans were seen in the comment section hailing the couple

Singer and politician, Bankole Wellington aka Banky W, recently got his fans on social media gushing after sharing a lovely post on his page.

The musician was spotted alongside his beautiful wife, Adesua, in a loved-up photo which was shared on his official Instagram page.

Adesua and her husband had their arms wrapped around each other as they were captured on camera by a third party who was with them.

In the caption that accompanied the post, the doting husband described his wife as the sunshine on his rainy day.

“It’s a rainy day… I’m guessing y’all could use some of my sunshine,” the singer wrote.

Banky W also gave credit to actress, Jemima Osunde, who was responsible for capturing him and his wife in the beautiful moment.

Check out the post shared by the Jasi crooner below: 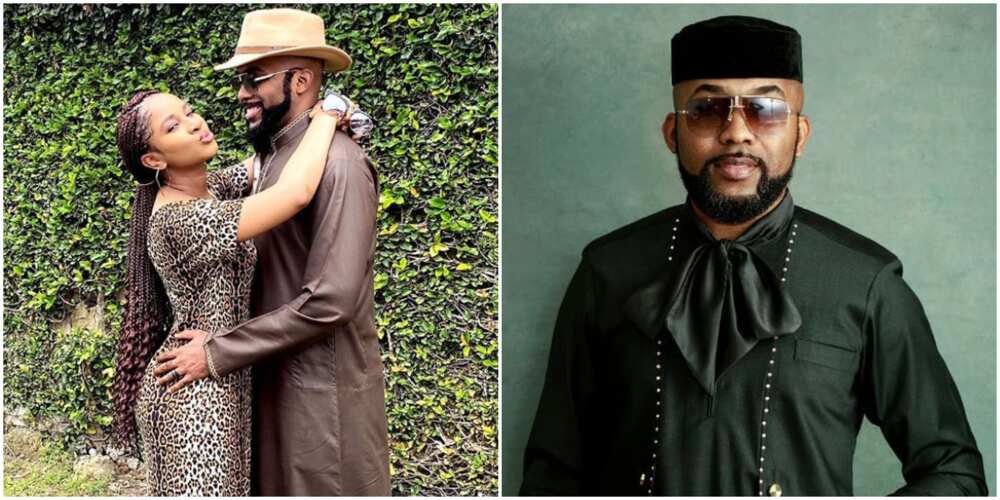 The photo got their fans talking in the comment section. Many could not stop gushing over the display of love by the two celebrities.

Read what their fans, friends and colleagues had to say below:

olamidun_: “Get a room guys…or don’t cuz we love to see it.”

cocobenson_: “Love the matchup and I love the animal print even more.”

fortunes_mentor: “Your sunshine would really be good for us.”

Also reacting in the coment section, Adesua wrote: “Hahaha you’re cute or whatever love you bubba.”

Meanwhile, Bioreports previously reported that Banky W in a post shared on his Twitter page criticized the practice of child marriage in Nigeria. According to the singer, Nigerians who are guilty of the act do so under the guise of religion.

How would you react if your woman rejects your marriage proposal in public? | Bioreports