Timo Werner could take over penalty kick duties from Jorginho after the Italian saw his spot kick hit the woodwork during Chelsea’s 4-0 win over Krasnodar in the Champions League.

Jorginho has now lost two of his last four spot kicks, raising concerns about his hop-skip technique as the match was still goalless when he fluff the opportunity.

And the Italain had been substituted when the Blues were handed a second spot kick on the night with Timo Werner dispatching it beautifully.

Latest reports have it that Frank Lampard is already considering Timo Werner as the preferred penalty taker, but the manager will speak with both players before making final decision.

Lampard said, as quoted by bioreports:

“Jorginho has had an incredibly successful run of scoring penalties in his career, especially at Chelsea,’ said the Blues boss.

“If you take that many penalties, as he does, there can be periods when you miss one or two, I’ve experienced that as a player. I’ve got no problem at all with his style of taking them because of the success he’s had.

“But I know Timo Werner is very capable of taking penalties, as we saw. We have other players that can too. So I will talk to the players to see how we move forward, but we have very good penalty takers at the club.”

It is the first time in 18 months that Chelsea owner Roman Abramovich had the opportunity to see his boys, no thanks to the coronavirus outbreak which consecutively affected the issuance of visas. 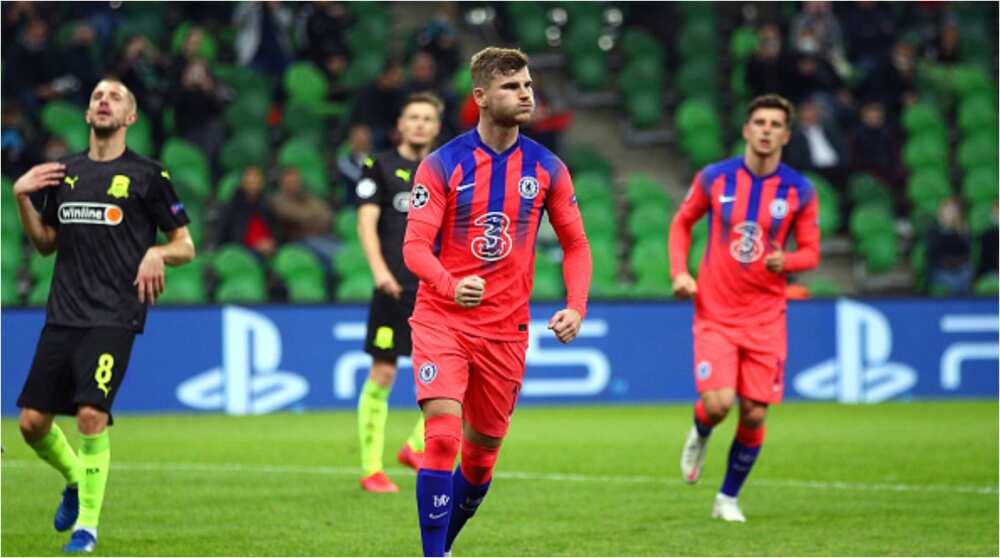 The businessman backed Frank Lampard in signing a number of players during the summer as they spent over £200million on new signings.

New stars Kai Havertz, Ben Chilwell, Timo Werner, Edouard Mend and Timo Werner started the game against Krasnodar but it was academy product Callum Hudson-Odoi who opened the scoring not long after Jorginho missed a penalty. Hakim Ziyech, Pulisic and Timo Werner also got a goal each in the game as Chelsea won with a convincing 4-0 away from home.

Mason Greenwood and Marcus Rashford’s hat-trick, as well as Anthony Martial’s penalty, was all the Red Devils needed to continue their 100 per cent record in this season’s Champions League game.

Here are the top goal scorers in the Champions League this season, Ronaldo and Lewandowski are missing

Here are the top goal scorers in the Champions League this season, Ronaldo and Lewandowski are missing