For better for worse: Zlatan says as he tattoos baby mama’s name Davita on his body

Nigerian singer Zlatan Ibile recently took to his social media page to show off how much he loves the mother of his son.

The singer shared photos of himself in a studio with some of his friends. In the photos, the singer was only wearing short trousers while his chest was left bare.

A closer look into his body shows the name of his baby mama Davita on the lower part of his stomach. Davita’s name was among the many other drawings on the singer’s body. 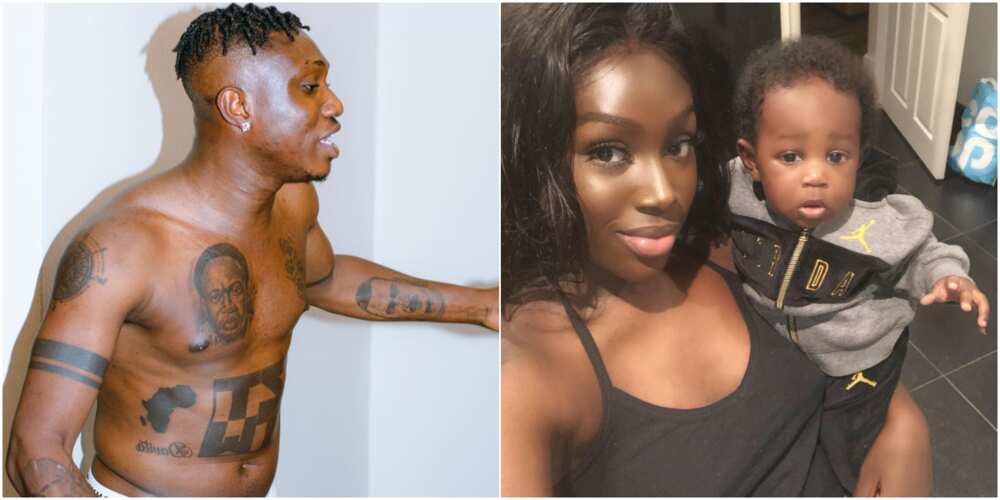 In the caption that accompanied his post, the singer stated that his favourite song is one with the popular marital vows, for better for worse.

In other news, Bioreports earlier reported that singer Davido tattooed the faces of his children on his body.

The hitmaker added some new tattoos on his bodies and this time, he honoured his three beautiful children.

In a video posted to his Instastory, the father of three who is seen lying down revealed he went through pain as he showed off an arm tattoo of his son – whom he had with fiancee Chioma Rowland -Ifeanyi.

He then proceeded to show off his belly tattoos of his first child, Imade and his second, Hailey on each side of his stomach.