– To celebrate, the former aviation minister held a prayer session with well-wishers

Nigeria’s former aviation minister, Femi Fani Kayode, recently clocked a year older and he took to his social media page to update fans on how the celebration went.

The politician shared series of photos from the event on his Facebook page to the joy of fans.

According to FFK’s Facebook post, he kicked off the day by having a prayer session with religious leaders as well as other well-wishers. 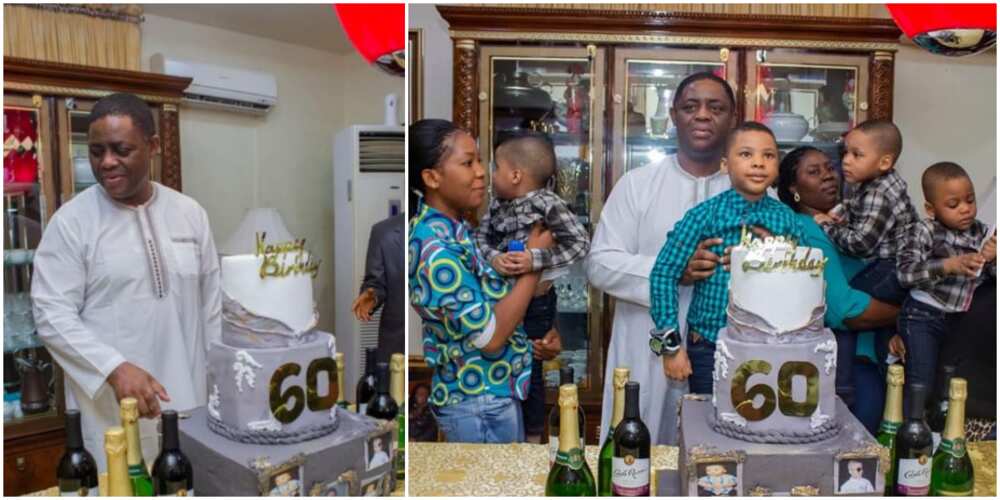 The politician gave thanks to God and also thanked all those who prayed with him.

“Early morning prayers on my birthday. We had a wonderful time and the presence and power of the Lord was awesome! I give thanks to God and I thank all those that joined us for coming.”

In a subsequent post on his page, the former minister shared photos of himself with his four sons and other loved ones as they celebrated together.

There were lovely cakes and drinks to also enjoy the politician’s big day.

See the lovely snaps below:

In other birthday related news, Bioreports reported that Nollywood actress, Regina Daniels, received a ‘four-wheeled plane’ from her billionaire husband, Ned Nwoko, on her 20th birthday.

The celeb described her luxury new vehicle this way seeing as the interior looked like that of a private jet with enough leg space.

The actress took to her social media to show off the luxury new ride and explained in her caption that the new vehicle came shortly after her husband bought her a N24 million Rolex wristwatch.

The film star also shared series of videos of herself jamming to hit songs in her new ride. She also continued in her caption that she was going to flaunt the gifts because they were hers.

By Augustine Okezie, Katsina Katsina Governor Aminu Masari has finally reacted to allegation of misappropriation of funds by his administration...