Manchester United reserve goalkeeper Lee Grant stirred up reactions from club fans after raising the substitution board for his teammates in their 3-1 win over Newcastle United at Old Trafford.

The 38-year-old acted as the fourth official when Juan Mata and Shola Shoretire were brought on for Daniel James and Marcus Rashford with a couple of minutes to the end of the encounter.

Ole Gunnar Solsjaer’s men were already leading by 3-1 with Rashford, James, and Bruno Fernandes all scoring a goal to hand the Red Devils a crucial triumph over their visitors.

It was a winning debut for the 17-year-old who came on in the 89th minute, however, the supporters were more thrilled by their goalkeeper taking up a match official role in the game. 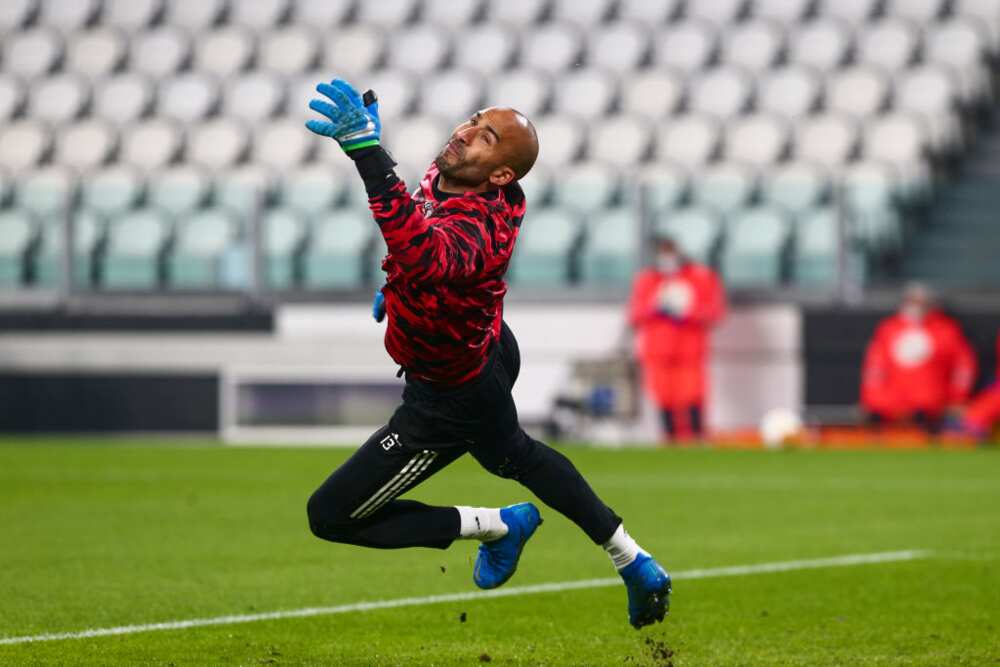 Grant is also a goalkeeper’s coach at the club, but his involvement with the substitution was due to the restrictions around the COVID-19 pandemic.

Sport Bible reports that coaching staff from clubs have been holding up digital substitution boards themselves in a bid to limit the number of people interacting on the touchline.

In a similar event, Duncan Ferguson was seen holding a fourth-official board in Everton’s 2-0 win at Liverpool and nobody seemed to object (or maybe the referee’s assistant just didn’t was to ask Big Dunc for his board back).

Still, the sight of the veteran stand-in keeper filling in in a highly unusual new way definitely caused a lot of joy among Manchester United fans.

It was a fight to finish at Old Trafford but it was the Red Devils that claimed all three points courtesy goals from Marcus Rashford, Daniel James, and Bruno Fernandes.

The victory moves the Red Devils to 10 points close to Manchester City on the log with 13 more games before the season wraps up in May.