George Clooney Shares How His Wife Amal “Changed Everything” for Him

– The actress posted a photo that captured her during her 20s

Nollywood actress, Lilian Bach, is not only loved for her talent as a movie star but her beauty has been one of the features that have kept attracting thousands of fans to her.

However, what many may not know is that the actress has always been a pretty lady even before she came into limelight.

Just recently, Bach gave her fans and followers on Instagram a rare opportunity to take a look into her past and how she looked at the time. 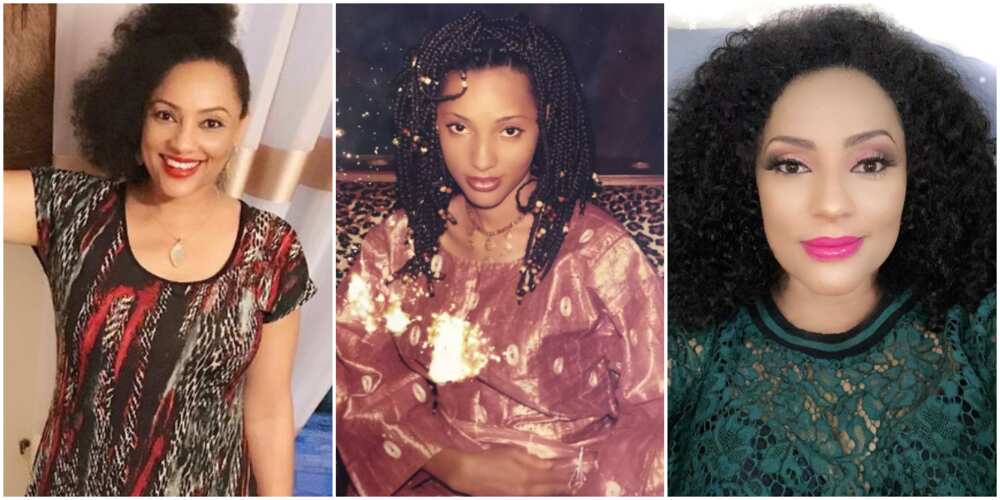 The movie star posted a photo that was taken when she was in her 20s. Bach looked gorgeous in a braided hairstyle and rocked a jewellery piece that complimented her look.

Many fans who were left fascinated flooded the comment section of the 50-year-old movie veteran.

“Ur present is better than ur past..ageless queen.”

“Beautiful since a long time.”

“Always been a beautiful woman from day one.”

“Reminds me of that movie starring Tony umez and chinyere wilfred when Thier marriage was tied in a coffin…lots of love and respect @iamlilianbach and also market sellers ooo …lots of love again from east Africa…you make me miss my childhood.”

“There is no different jorr @iamlilianbach …u are still young and beautiful ma.”

“You’ve always been an Embodiment of Beauty ma.”

Some weeks ago, Bioreports reported that the actress celebrated big 50 on November 9, 2020.

Bach took to social media to announce and drop beautiful pictures even as she looked years younger than her real age.

The film star stated that she was grateful for 50 fabulous years as fans celebrated with her.

The Nigerian Stock Exchange (NSE) will today formally activate its new listing platform known as ‘growth board’ with the migration...