– Dorathy stated that the actress is always happy despite her condition

– Fans of the actress, however, called out the troll and slammed her for her hurtful statement

Fans and followers of Nollywood actress Seyi Edun have slammed a troll who abused the beautiful woman for not having a child.

The actress had shared a lovely video on her official Instagram page while campaigning for Lockdown housemate Laycon.

In the video, Seyi was seen miming Laycon’s song called Fierce and as expected, followers took to her comment section to shower her with beautiful compliments.

However, a comment stood out from other comments and it was from an online troll called @Dorathy_137.

The troll asked the film star why she is always happy. According to her, she only dances from January to December, noting that it does not mean that she is happy in real life. 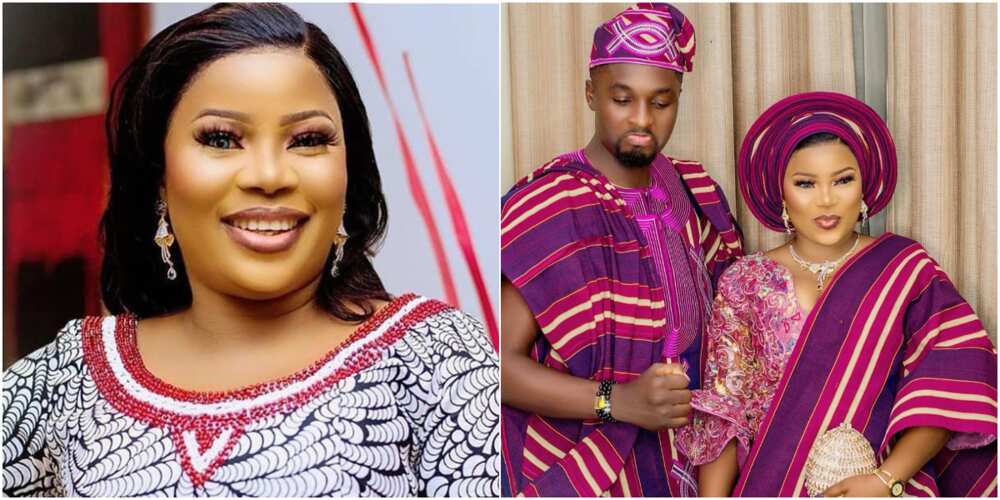 The online bully went on to state that if her husband Niyi Johnson cannot get her pregnant, she should try another man. According to the bully, Seyi snatched Niyi from Toyin Abraham in a bid to hurt her.

The bully stated that God fought for Toyin and she is now happy, with a child and a husband of her own.

Read the full note below: In a now-deleted post, the actress responded that she knows who is behind the Instagram account, stating that peace and joy will be far from that person.

The film star’s fans, however, came to her rescue as many blasted the troll for making such hurtful statements against the actress.

debbieajanaku21: “I don’t do this but because of what you wrote, haaaaaa, this is too much na. You created a fake page to troll her. If we don’t know you, God does and you will surely see the anger of God and you shall greatly be rewarded for this.”

ibilecreations: “Can you just stop being unfortunate!!!! Really???? Are you God? How did you know she snatched him? May God put you in her shoes! Why are people quick to judge others. You have failed as a woman for doing this.”

oyinlademargaret: “But why now? You’ve gone too far, you don’t say things like this to your fellow being. You’re not God to judge her pls. God will answer her at her own appointed time.”

ennyhitanpweetyquin: “This is too much naa!!! I am not a fan of all these celebrities but you going to people’s page to say this is too annoying!!! Madam change your life hell is real.”

Meanwhile, a few months ago, actress Wumi Toriola slammed her former bestie Seyi Edun for only celebrating her online on her birthday.

The film star revealed that her new year’s resolution was that she would not harbour any kind of hurt or hatred in the name of acting matured.

Adetutu Alabi Story: ‘I Gave Up on Education Because I Was Bullied for My Tribal Marks’ | Bioreports

By Precious Igbonwelundu The fire that broke out in a part of the Ikoyi Correctional Centre has been controlled, the...

Panic as youths go on rampage in Delta