-Former Most Beautiful Girl in Nigeria, Anna Banner, has released beautiful photos of her daughter with singer Flavour, Sofia

– The ex-beauty queen can not keep calm as she started her daughter’s birthday celebration since Friday, July 31, with pre-birthday photos

The elated mother posted different photos of her daughter with the same caption: “My Sofia is 5!

I can’t keep calm!!! Honestly, I’m speechless and extremely overwhelmed by God’s grace and glory in my daughter’s life. My heavenly child of grace! Thank you Jesus for such a blessing in human form. I love you, my forever heartbeat. Happy 5th birthday to my beautiful daughter, Sofia. You shall continue to grow in God’s love and grace.”

Anna had been posting photos of her daughter a day before her birthday. In the photos shared, Sophia is gradually growing and looking so much like her beautiful mom who was crowned the Most Beautiful Girl in Nigeria (MBGN) by 2012.

In other stories, Bioreports reported that Flavour is a doting father as he spent time with his children by the poolside. In a set of photos posted by the singer, he was spotted in swimsuits alongside his two kids, as they enjoyed private family time. 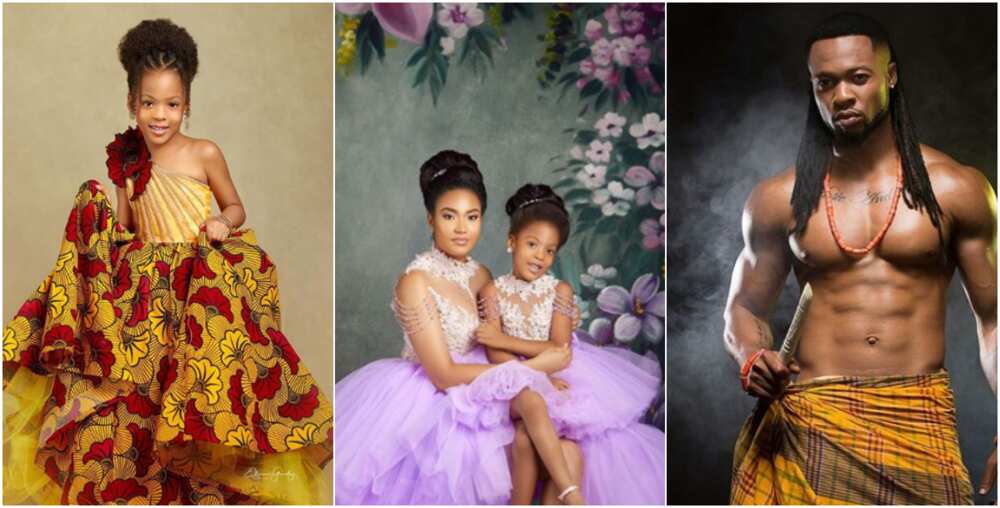 It was also reported that as Nigeria continues to struggle in the battle to contain the coronavirus, Flavour and Phyno joined many Nigerian celebrities reaching out to their fans in one way or another to keep their hopes alive.

The talented eastern musicians, recently took to social media to pass a message across to their fans. In a video shared to Flavour’s page, the singers first introduce themselves before advising their fans and followers on the need to stay protected from the virus. In their words: “Life is very important. Stay safe.”

Bioreports also reported that veteran actress, Ngozi Nwosu, turned 57. The actress was full of gratitude to God as she revealed that she was sick and bedridden on her 56th birthday. She explained further that she is happy on this year’s birthday as she is in good health and with a sound mind.

It was also reported that popular Nigerian singer, Tiwa Savage, was full of gratitude as her first and only child, Jamil, clocked a new age on Wednesday, July 22.

The celebrated singer took to her official page on Instagram to celebrate her little man on his special day.

Tiwa posted a photo of the celebrant in which he was spotted atop a kid’s version of a power bike. According to Tiwa, Jamal clocked the age of 5.

Neo opens up on depression

By Adeniyi Adewoyin Neo has opened up on how he became depressed following a breakup with his ex-girlfriend. The Delta-born...