Home NEWS Everyone you know is talking about crypto. Uh oh
NEWSNews America

Everyone you know is talking about crypto. Uh oh

Paul R. La Monica is a digital correspondent for CNN Business. He writes daily about the markets and blue chip companies and also appears regularly on CNNI’s business programs. The opinions expressed in this commentary are his own. 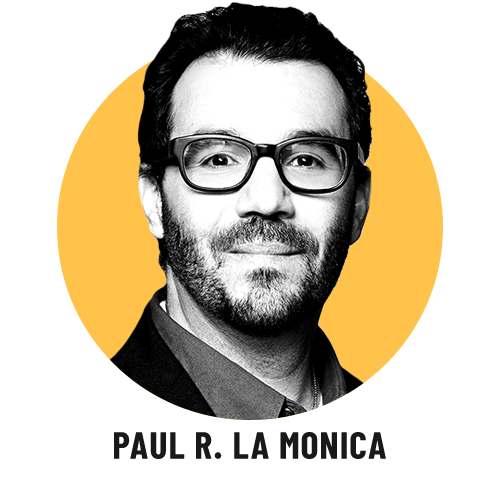 “What do you think about bitcoin?”

This is often the first question I’m asked by friends and family members whenever I bring up my job. And any time I introduce myself to someone new and tell them what I do, the conversation quickly turns to cryptocurrencies, especially Tesla (TSLA) CEO Elon Musk and his obsession with dogecoin.

I’ve had doctors, dental hygienists, doormen in my building and parents of kids on my son’s soccer and baseball teams all grill me about crypto and share their stories of trading bitcoin, ethereum and other more obscure digital currencies.

“I was talking to a school traffic cop recently and he started to go on about buying dogecoin,” Dan Pipitone, co-founder of brokerage firm TradeZero America, recently told me.

“There is definitely no lack of interest, especially once people make a little bit of money. For a lot of new investors, it’s just been a ride up,” Pipitone added.

But there are some investors who have a lot more than a couple of Benjamins at stake. That’s troubling because what’s going on with cryptos is a speculative mania, the likes of which we haven’t really seen since the late 1990s with tech stocks.

Now don’t get me wrong: It’s a good thing for people to be taking charge of their finances and investing for the future. It’s also okay to have some proverbial “fun money” in crypto assets.

A mom of one of my younger son’s friends recently confessed to me that she was slightly annoyed that she bought Coinbase stock when it was trading in the $300s. I gasped. The stock is currently hovering around the mid-$230s. She then admitted that she owned only one share. Whew!

But just like we saw during the late 1990s dot-com/Nasdaq bubble, there are too many people who may not really realize the risks they are taking and are getting in over their heads.

Tech stocks came tumbling down and many didn’t survive

I’ve been covering the markets as a financial journalist since 1995. Back then, I also got peppered with investing and trading queries by friends and random people such as cab drivers, barbers and bartenders.

They wanted to know about Qualcomm (QCOM), Cisco (CSCO) and hot initial public offerings of the day. Remember the old search engine Ask Jeeves? Its shares soared 364% on their first day of trading in July 1999!

Here’s the thing though. The bubble eventually burst. Spectacularly. The Nasdaq hit a record high of above 5,000 in March 2000 and didn’t get back there until March 2015.

It took 20 years for Qualcomm shares to return to their levels from late 1999. Cisco is still trading below its all-time highs from 2000. And Ask Jeeves? It’s now a tiny part of Barry Diller’s IAC (IAC), which ditched the Jeeves butler logo and name and rebranded the site simply as Ask.com.

And Ask is one of the lucky dot coms. Scores of other tech startups crashed and burned. RIP to Webvan, eToys and theglobe.com. Not to mention Pets.com and its once ubiquitous sock puppet.

In other words, not every e-commerce or tech stock from 20 years ago matured like Amazon (AMZN) did.

“Crypto is just like the internet bubble. 100 percent. There will be winners but most of them will be losers. It’s really hard to make money for the long term,” said Mitchell Green, founding partner of Lead Edge Capital, a venture capital firm that invested in Alibaba (BABA), Spotify (SPOT) and Uber (UBER).

“When I have friends who do not work in financial services tell me it’s easy to make money, then that’s a bubble. It won’t end well,” Green told me. “People say it’s different this time. No, it isn’t. Many cryptos may go up like an escalator and down like a rock.”

Investors have gotten a taste of how volatile cryptos can be after bitcoin suffered its worst monthly drop in a decade last month.

Some long-term crypto bulls think that makes this a buying opportunity.

“Cryptos are here to stay. I do think the sector has grown up and transitioned to a wider audience,” said Jeremy Welch, chief product officer at Kraken, a cryptocurrency exchange.

But that’s precisely my point. You should never invest in something just because a friend at a party is touting it or you see stories about how much the price has gone up.

“People have to be okay with missing out,” said Ron L. Brown, president of R.L. Brown Wealth Management, when I asked him what he advises his clients, many of whom are professional athletes, if they want to buy cryptocurrencies.

“This is more like Vegas as opposed to investing,” Brown said.

Britain has a big education problem. Lawmakers from...

How Brazil’s fear of losing the Amazon guides...

Claims of murder plot against GOP candidate in...