Fanne Foxe, Who Plunged Into the Tidal Basin and Emerged Famous, Dies at 84

A Top Democrat Warns Against a Hasty Withdrawal of U.S. Troops From Afghanistan

– Yusuf Adebowale Bello has been declared wanted by the EFCC

The Economic and Financial Crimes Commission has declared Yusuf Adebowale Bello wanted. The anti-graft agency accused him of being involved in a case bordering on conspiracy and business email compromise.

The 27-year-old is a native of Ibeju Lekki, in Lagos state. 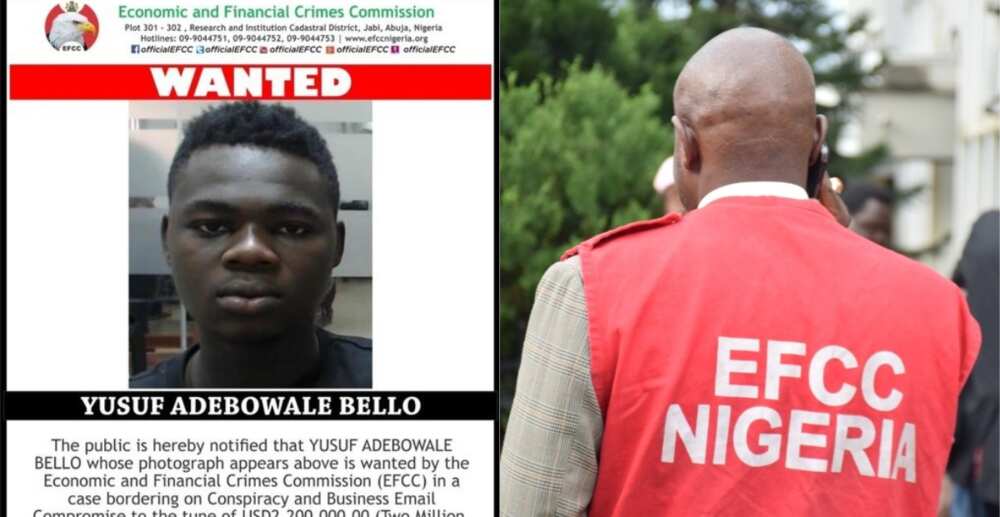 In another report, Bioreports had reported that for Senator Stella Oduah, her legal battle is just about to start as she appeared in court on Monday, February 22, over misappropriating public funds to the tune of N5 billion.

The former aviation minister and current representative of Anambra North senatorial district at the National Assembly was arraigned before Justice Inyang Ekwo of the Federal High Court, Abuja.

The Economic Financial Crimes Commission (EFCC) alleged that Oduah misappropriated public funds while serving as a minister along with eight others.

Bioreports had also reported that the families and friends of the new acting chairman of the Economic and Financial Crimes Commission, Abdulrasheed Bawa, can now have it easy as he has received his promotion letter.

Specifically, he has been promoted to the rank of Chief Detective Superintendent.

Bioreports also reported that with corruption allegation ushering in a new leadership of the EFCC the anti-graft body defended its newly appointed chairman Bawa.

In a statement by the EFCC spokesman, Wilson Uwujaren, the commission absolved Bawa of any wrongdoing, adding that the new anti-graft czar has no corruption record.

Uwujaren described as “illogical” the reports that Bawa was caught in the hook corruption and was made to face a disciplinary panel.