4 minutes ago by
Joseph Omotayo

– A lady with the Twitter name, Anne, has achieved her big dream of becoming an architect

The saying that when determination meets dreams, almost everything is possible could be true. A pretty lady with the Twitter handle @annedereaux has shared her success story.

In joining the how it started, how it’s going challenge, the woman shared a throwback picture of herself to show that being an architect has been a dream since she was a kid.

In the childhood photo, she could be seen drawing what looks like a building structure on a blackboard.

To show that she made her dream happen, the other picture shows her on a building site as she wears a helmet. 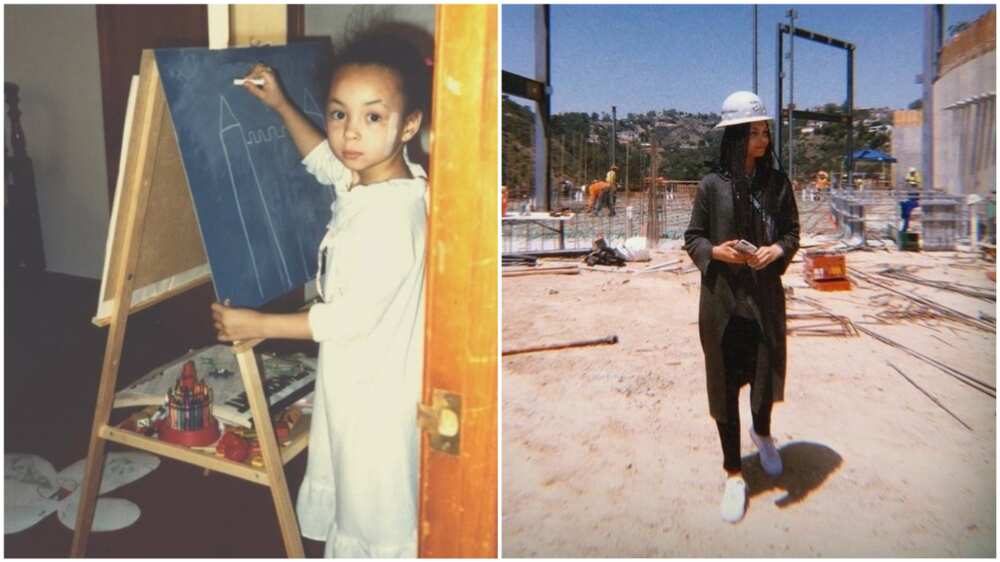 Anne said that she has her mom to thank for nurturing her creativity. The beautiful woman said that her mother allows her to play with crayons until she got to first grade.

Below are some of the reactions the post got:

“My son loves to build and create things, he loves to draw and he loves math. I hope he’s an architect one day too.”

“One of the very few people I’ve seen who actually do what they really wanted to do, for a living. Lucky!”

“Wow this is how success looks like…congratulations to you and years of hard work it represents.”

“I don’t think I’ve ever been this happy for a stranger. one of my oldest mates is also an architect and thinking back on how she started and how she ended exactly like you makes me so happy.”

Meanwhile, Bioreports earlier reported that Years after posing beside an aeroplane, a young man with the Twitter handle @WorstBehavior78 fulfilled his dream of being a pilot.

@WorstBehavior78 revealed this as he joined the popular challenge on Twitter. His post on Twitter went viral as many tweeted on the need to keep working on one’s dream no matter how big it seems.

Despite being kicked out of her husband's house over barrenness, this woman keeps baby clothes for 7 years, says she'll carry her own child someday (photos)