No falling out on my part, BBNaija’s Esther addresses beef with Tacha

Drake recently took to social media to defend The Weeknd after the singer accused the Grammys of being “corrupt”.

The Toosie Slide hitmaker took to his Instagram Stories and pointed out that he was among the people who expected The Weeknd’s album titled After Hours to get nominated for the 63rd Annual Grammy Awards.

“The other day I said @theweeknd was a lock for either album or song of the year along with countless other reasonable assumptions and it just never goes that way.”

Drake shared that people should accept that “what once was the highest form of recognition may no longer matter to the artists that exist now and the ones that come after”.

“This is a great time for somebody to start something new that we can build up over time and pass on to the generations to come,” Drake said, according to eonline.com. 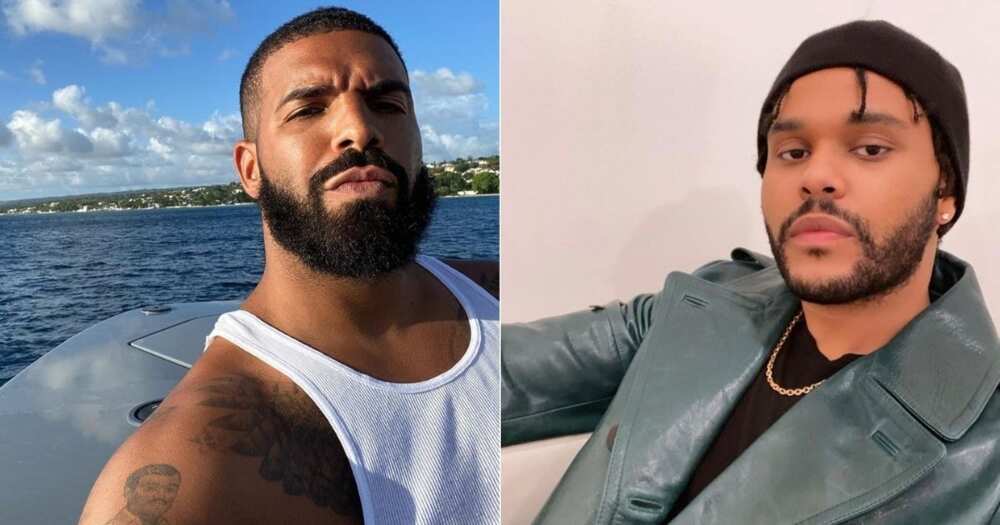 In related news, Bioreports reported that Nicki Minaj went on her Twitter account reacting to the 2021 Grammy nominations while recalling an award she lost for a best new artist back in 2012.

Nicki said she would “never forget” the Grammys not giving her the award when she had seven of her songs in big charts, more than any woman in the last decade.

The Weeknd also took to the micro-blogging app and shared his opinion after being snubbed by the Recording Academy. In a tweet, the singer blatantly said that the Grammys “remain corrupt” and owe him, the fans, and the entire industry some transparency.

Music lovers took to The Weeknd’s comment section and shared mixed reactions to his post. Check out some of their comments below:

“I agree but it’s sad because Nicki has said this for YEARS but she was called a bitter angry black woman but now since you said it everyone wants to be woke.”

“The greatest robbery ever in music history.”

“Blinding Lights is still in the top 10 but Black Parade got nominated for Record of the Year instead lol.”

“You deserved way better. After Hours is one of the best albums of the year, and Blinding lights SOTY and ROTY!”

“So does that mean the Grammys you previously won were corrupt or just these ones because you have not been nominated?”

“Whether he wins or not, they’re still corrupt and what happened to him has been happening to many people for years.”

“I saw it. I’m still very much pissed at this Abel snub. Makes no sense in the slightest way.”

“Literally this album IS your best album in your career! No wonder why Kanye did what he did. Grammys turned into a children’s entertainment show.”

Still on the Grammys, Bioreports reported that Trevor Noah has been announced as the host of the 63rd annual Grammy Awards. The Recording Academy took to Twitter on Tuesday afternoon, 24 November, and revealed that the South African Emmy-award winning comedian will host the prestigious awards on January 31, 2021.

“We’re thrilled to welcome @TheDailyShow host, Emmy-winner, and GRAMMY-nominee @TrevorNoah as the host of the 63rd #GRAMMYs! We can’t think of a better person to serve as Master of Ceremonies for Music’s Biggest Night.”

The Recording Academy is famous for its Grammy Awards, which recognize achievements in the music industry.

Trevor Noah’s name trended high on the micro-blogging app when the Recording Academy made the announcement. Fans of The Daily Show host took to Twitter to congratulate him on bagging the gig.

If you don’t release music, you can’t lose any Grammys, singer Bruno Mars reacts to getting snubbed