– Nigerian comedian, Okey Bakassi, has taken to social media to lament the lack of positive news in the country

Veteran Nigerian comedian, Okey Bakassi, recently took to his Instagram page to complain about the lack of good news in the media and how the negativity that was being reported is threatening to run him mad.

He said watching the news is his hobby but it is becoming frustrating due to the depressing nature of what is being reported.

His advice is that if someone wants to live long, they should avoid Nigerian news. 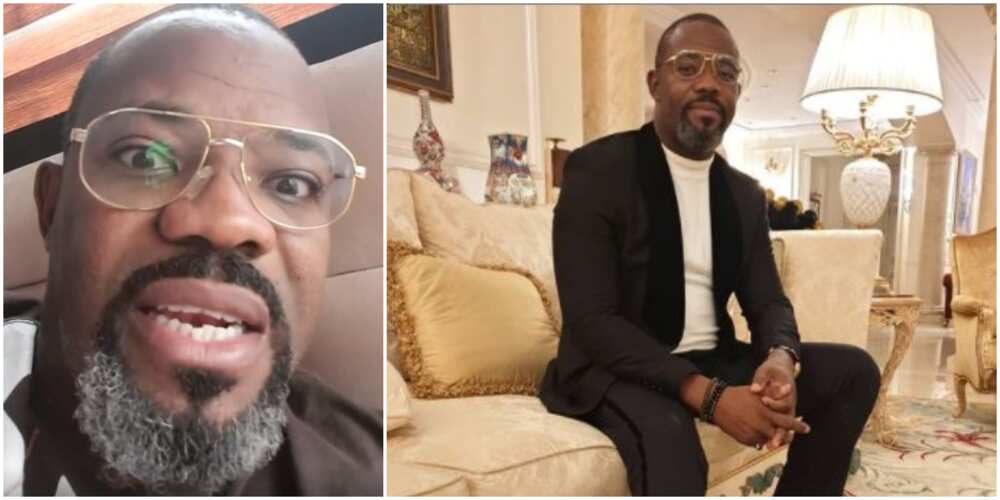 Bakassi said that there seemed to be no channel dedicated to good news in the country.

“There’s no channel you will tune and will see good news about Nigeria. They are just trying to run me mad but they would not succeed. How can you not tune to any Nigerian channel and just hear small news like maybe one Nigerian researcher has found cure to ‘jedi jedi’ just small something that can bring joy. The whole nation of more than 200 million people and you cannot find one positive news.”

He went ahead to say that the only positive news a person can find is about marriage and that even after a few months, the marriage would crash.

Bakassi said he would probably have to sell off his TV to have peace so that he wouldn’t run mad.

In other news about Nigerian celebrities addressing the state of the nation, Bioreports earlier reported that actress Ruth Kadiri spoke on how people with ill-gotten wealth will lose their income for the country to get better.

She addressed Nigerians who were fond of praying for the country to be better despite being engaged in fraudulent activities.