Don’t ever call me a liar again, maybe your wife lies – Woman whose son was ‘abused’ blasts Apostle Suleman

– Deborah Okezie, the mother of the 11-year-old kid who was allegedly abused at Deeper Life School, has criticised Apostle Johnson Suleman

Recall that Reno Omokri had earlier said he will give the woman money if she could prove that he called her during her ordeal.

In response, Deborah told him to go away with the money as she is comfortable with the little she has. Joining the fray, Apostle Suleman said that the Reno he knows would not make that kind of call to her.

The clergyman went ahead to say that he is not surprised by Deborah’s action as many people tend to shine off with blackmailing others.

He went ahead to say that though he knows how bad the emotional pain of a mother whose son is going through a lot could be, blowing everything out of proportion with lies is evil. 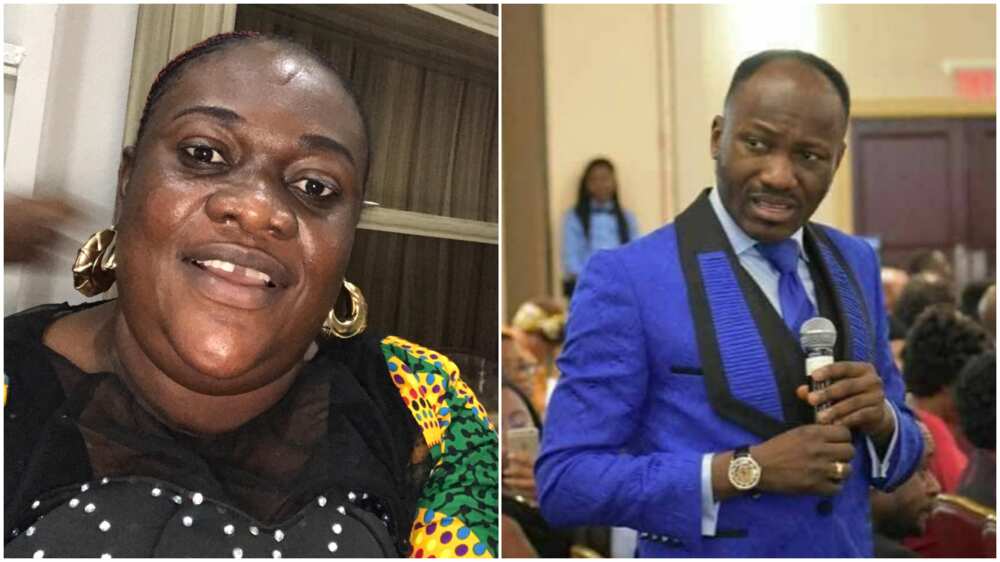 Taking to her Facebook page, the woman strongly called the apostle out and said that he should never call a liar.

The woman said the pastor must be careful about what he says to her as she is ready to reciprocate whatever he gives.

“Imagine a pastor like Suleman with all the scandal surrounding him, he needs to face front.”

“God of Vengeance is with u, just don’t give up, we know d link with Apostle Sulieman.”

“Deborah Okezie, please oooo, I understand how you feel. But you must realise that the person who called you didn’t do so via video calls and anyone can call you claiming they are somebody else. If Reno says he wasn’t the one, let’s live it at that. The post of pastor Suleman was completely uncalled for… Why call someone a liar and a blackmailer. Make Pastor Suleman learn how to talk abeg.”

Meanwhile, Bioreports earlier reported that operatives of the Akwa Ibom police command have arrested some officials of the Deeper Life High School over the alleged abuse of an 11-year-old student of the school in Uyo, the state capital.

The officials of the school were said to have been detained after attending a meeting at the police headquarters, Uyo, summoned by the Commissioner of Police, Andrew Amiengheme.