The young lady in a post shared on her Instastory channel urged entrepreneurs not to get worked up whenever they do not get the support of those around them.

Don’t be offended when people you know don’t support your business,” Kiki’s message read in part.

In a different portion of her post, the VP’s daughter noted that success becomes even sweeter when business owners manage to convert those they do not know to customers.

“The success is sweeter because you converted people who do not know you to people who trust you with their money.” 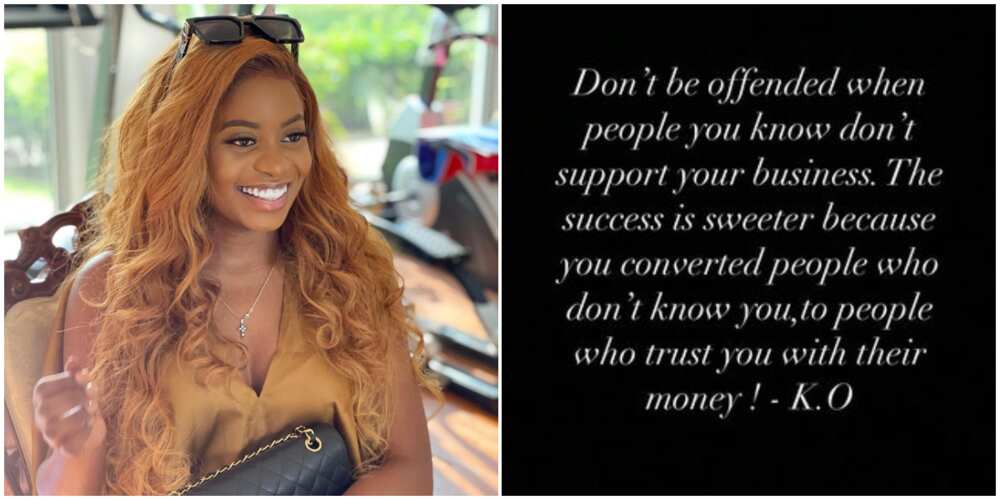 Just some days ago, Bioreports reported that Nollywood actress Didi Ekanem addressed a similar issue via a video post shared on her Instastory channel.

The actress had asked her fans and followers if they know why they get more support for their business from strangers rather than those they consider to be friends.

According to her, it is simply because such people have a hard time accepting that others have moved on to a better place in life while they remain in the same position.

I started selling fried potatoes after my business collapsed | Bioreports