– A physically-challenged man, Mudi Solomon, has inspired many people in Benin, Edo state, for being successful in what he does for a living

– The middle-aged man, who has a wife and a 20-year-old daughter, says he has achieved what other people have achieved

Mudi Solomon popularly known as Golden Boy has shown that there is ability in disability. The middle-aged man does upholstery work in Benin, Edo state.

In an interview with BBC News Pidgin, Solomon said he used to beg for alms very early in the morning and resume at his workshop around 10am.

The furniture maker, who has now stopped begging for alms, said he has been into furniture work for over 18 years, adding that he has trained a lot of people including those that are physically-challenged.

He said he does not collect money to train people because he understands that things are hard.

Despite his disability, Solomon is able to drive a car. In a video, the man could be seeing driving a car around. 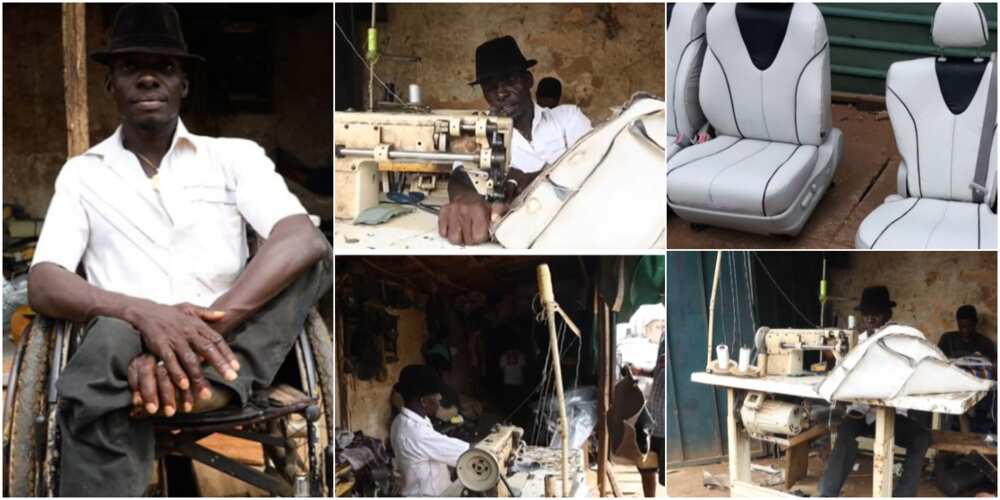 He is married and he has a 20-year-old daughter. According to him, he has achieved what other people are able to achieve.

In other news, a Nigerian man identified as Dammy Akintade had earlier gone viral after his wedding photos surfaced online.

Akintade who is a physically challenged man got married to his wife in a simple church ceremony.

While many people described their union as true love, others claimed his wife married him for money. To these people, Akintade has some words.

In a post shared on his Instagram page, he stated that she married him for who he is and not his disability.

Where Are They Now: See Jonathan Lipnicki and More Former Child Actors All Grown Up

Where Are They Now: See Jonathan Lipnicki and More Former Child Actors All Grown Up