– Born without arms, the young lady achieved a great feat when she became the youngest member of parliament in Mozambique

– Despite being physically challenged, Mércia has proved critics wrong and performed her job diligently since she assumed office

A physically impaired lady identified as Mércia Viriato Lica has been inspiring people living with disability with her zeal to succeed and not resign to fate.

The 23-year-old lawyer and activist who was born without arms became the youngest member of parliament in Mozambique in 2020, How Africa reports. 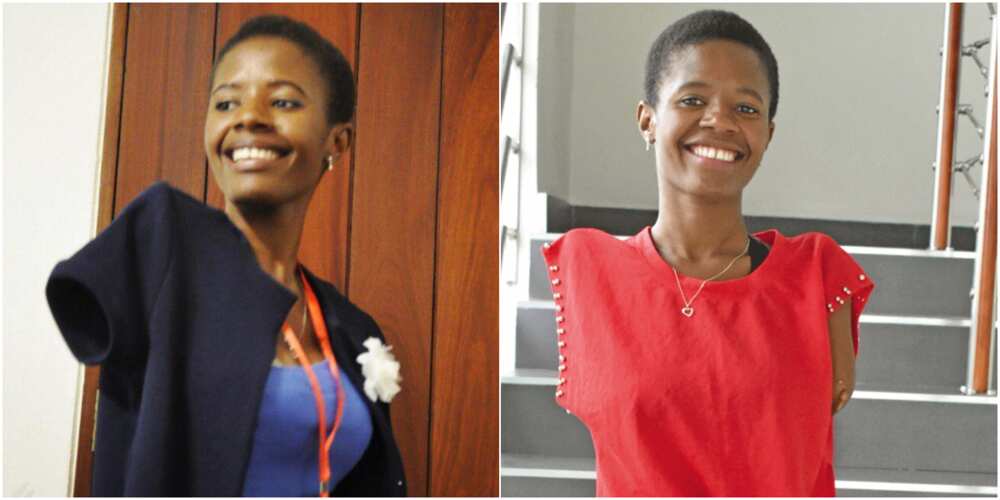 During her inauguration, Lica promised to contribute to the country’s development in terms of schooling and education.

Noting that education is the path to life, the young lady said she would encourage young people to never stop studying.

“I believe that, being here in the Casa Magna, I will encourage and inspire many people through the activities that I will carry out during my term. I believe that when people look at me and see that I am capable, they will also be able to get up.”

In similar news, Michael Showunmi has shown the world that one can be physically challenged and still be a blessing to others who are in need of help.

The young man, who is a mathematics teacher, recently warmed hearts on social media after showing love to a physically challenged man he said he met in 2019 at a filling station.

Showunmi shared some pictures on LinkedIn, in which he could be seen eating with the man on the street while people watched.

He wrote on LinkedIn:

“I saw him last year at a filling station so I decided to check up on him at this particular time knowing how things are. Seeing me from afar, he was so happy that most people focused on us.”