– The musician shared a photo of his little prince, thanking God for his grace

– D’banj and his wife, Lineo, welcomed their son in September 2019

– The couple lost their first son, Daniel, in a drowning incident in 2018

Nigerian singer, Oladapo Daniel Oyebanjo, professionally known as D’banj has cause to celebrate as his lovely son turned one on September 16.

The musician took to social media to share a totally adorable photo with the baby boy.

D’banj who has continued to keep the identity of his son hidden from the media, had his baby backing the camera as he held him in the air.

Celebrating his birthday, he wrote: “The joy of the lord is my strength and His Mercies Endures forever. As our Prince is ONE year Old now we thank God for His Grace, Mercies and protection “

Only some months ago, D’banj was spotted having fun with his beloved son in a video going viral on the internet.

The father and son were bonding as they engaged in a light exercise session.

The Koko master often takes to his social media page to share photos and videos of him bonding with his adorable son.

He proudly shows off taking a stroll with his boy or just tending to him by feeding him his bottle of milk. 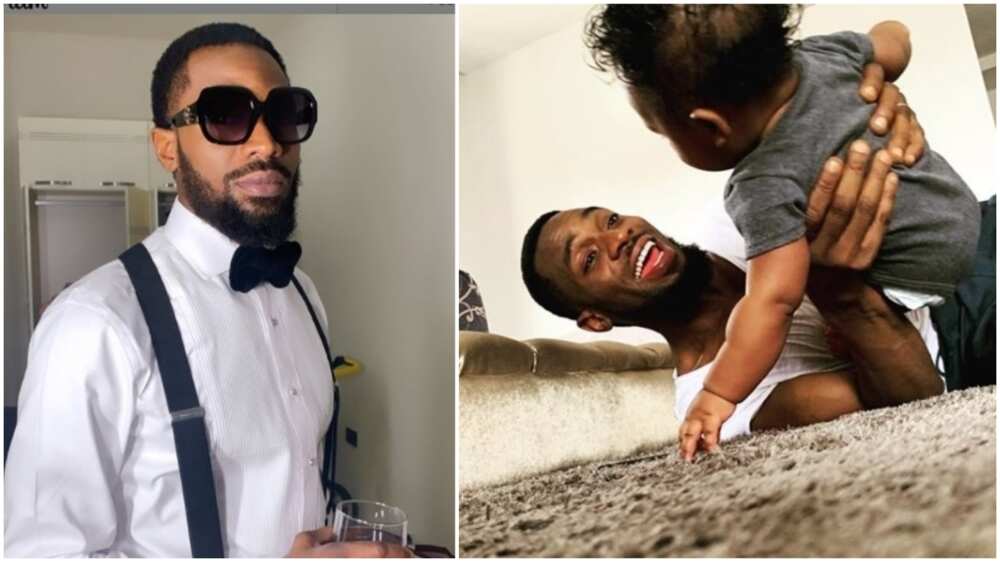 Recall Bioreports earlier reported that D’banj and his wife lost their first son, Daniel, in a pool accident. Barely a year after the unfortunate incident, the musician welcomed another baby boy, to the joy of their fans and followers.

Also, a while ago, he took to his social media page to celebrate someone very special to him. The singer seems to be getting vocal about his feelings towards the people in his life.

D’banj had earlier shared a photo of his dad while celebrating his birthday. The father of one then took to his official Instagram page to celebrate his mother on the occasion of her birthday.

Ogochukwu Abioke, Abakaliki Ebonyi state governor, David Umahi on Sunday lifted the restrictions he placed on all public gatherings and...

Tomi Badejoko: I started presenting on live TV at nine