Davido, Tiwa Savage and 8 other musicians who dropped albums so far in 2020

Music has been described as a universal language by many people and this is not far from the truth seeing as it helps to soothe troubled waters, unites people and just takes people’s minds off unhappy situations.

Describing the year 2020 as a turbulent one would be an understatement going by how tough things turned out for a number of people all over the world.

Despite that, this did not stop musicians from pouring their feelings into their work. A number of Nigerian music stars dropped their albums in 2020 and it is worthy of note.

The Nigerian entertainment industry is filled with many talented individuals and the inflation in the country, coronavirus pandemic, EndSARS protests and many more societal issues did not affect their skills. 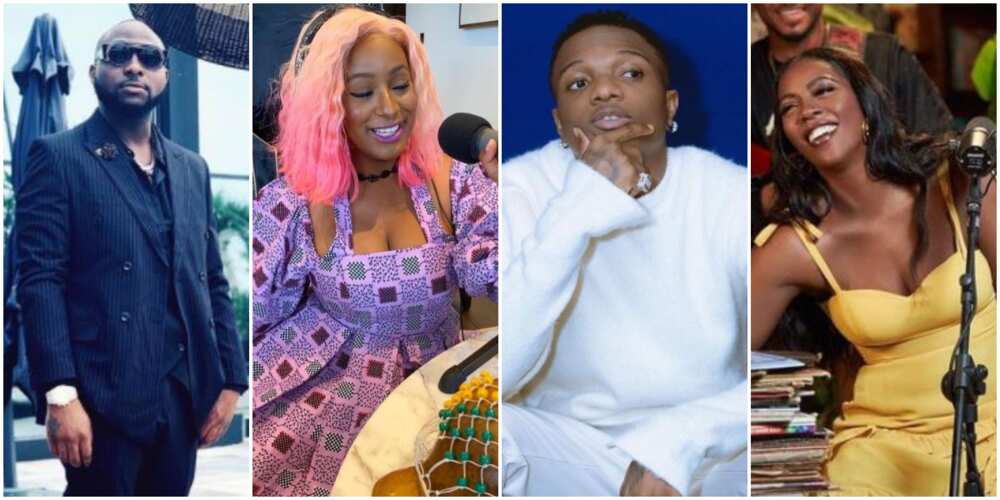 Today, Bioreports would be shining the spotlight on some Nigerian music stars that have dropped their albums in the year 2020.

He is no doubt one of the top Nigerian musicians and it came as no surprise that his album was highly anticipated.

The self-acclaimed African Giant’s Twice As Tall album did not disappoint fans as they were left wanting more.

This youngster took the entertainment industry by storm and is obviously not letting up anytime soon.

The YBNL signee dropped an album in 2020 called Apollo.

This is another top player in the music industry and he made sure to heed the request of his fans by dropping an album this year, A Better Time.

The album was well received by fans on social media. Davido also featured a number of international stars on the body of work.

This is one singer who boasts of a large fanbase on social media and he finally dropped his much-anticipated album, Made in Lagos, in the year 2020.

The star boy had kept his fans waiting for about three years before dropping the body of work.

Fast-rising Nigerian music star, Chike, is one name that has been on people’s lips after he dropped his album, Boo of the Booless.

The body of work has proven to be every lover’s dream considering the array of beautiful love songs to choose from.

This is one top female music star in the industry and she also dropped her Celia album in 2020. Fans of the star have been jamming to their favourite songs from the list since its release.

By Osagie Otabor, Akure Chairman of the Judicial Panel of Inquiry on Police Brutality in Ondo State, Justice Adesola Sidio,...

The beauty of a woman