– Davido urged his fans never to stop believing in themselves

Nigerian singer Davido has gone down memory lane to recall a time when he had no money despite being the son of a billionaire.

The father of three recently paid a visit to the apartment he used to live in with two of his cousins.

According to him, at that time which he said to be 2009, they had no money. Davido also noted that they had no support but they were full of their dreams. 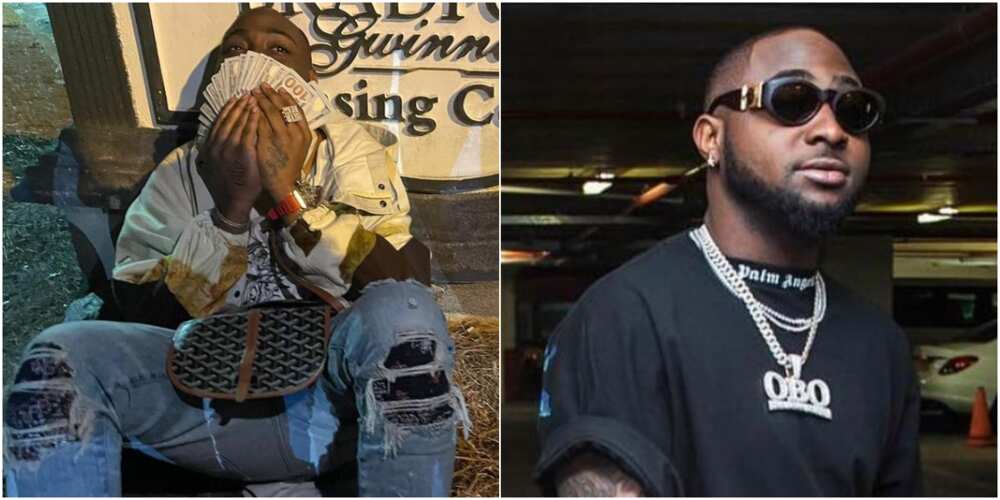 Davido recalls the time when he had no money.
Photos: @davido
Source: Instagram

According to the Blow My Mind crooner, 12 years later, they are now millionaires and on their way to becoming billionaires.

The singer then urged his fans and followers to never stop believing in themselves.

In other news, Bioreports earlier reported that Davido reacted as a fan advised him to stop rolling with upcoming artistes.

A young man identified as @Banjolee4 on Twitter stated that fans feel downgraded every time the singer rolls with upcoming artistes.

In the young man’s opinion, the father of three needs to know his worth as most of the junior guys are snitches.

In a reply to @Banjolee4, Davido simply stated that he can not dissociate himself from the so-called upcoming artistes.

For better for worse: Zlatan says as he tattoos baby mama’s name Davita on his body