Nigerian singer Davido has shared the real reason why he left social media spaces for 14 weeks.

Just like he mentioned when he bid goodbye to his millions of followers on social media, the father of three insisted that he needed to take care of himself.

In a chat with Beat FM, Davido revealed that he didn’t know he was going to stay away for that long but it happened.

“There was a lot going on. I was on tour. I was on the road for nine years and it took a toll on me for like a month and I thought that I need a break. Even I was telling myself that it was just going to take a week. But I thought that if I don’t slow down now, it may end in me breaking down because I’m a very strong person. If I break down, imagine how many people that I’m taking care of will break down as well. So I decided to move away and regroup. 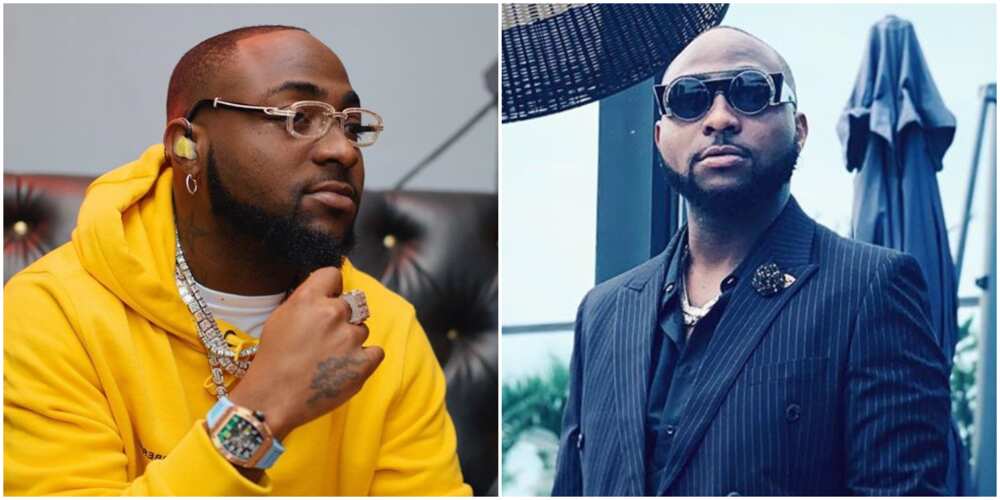 Davido speaks about leaving social media for a while.
Source: @davidoofficial
Source: Instagram

“And it helped. I can’t tell you how happy I have become. I won’t say I’m a different person but I used to wake up at 9 pm because I’d record all night. I can’t sleep because I had things on my mind and then Coronavirus.”

“I have never been at home for that long before. And I thought that if I have to do this, I have to get off social media. So, just stepping back really helped me a lot,” he said, adding that he was never tempted to see his mentions on social media.

He also shared the reason why he unfollowed all his friends and family on Instagram before he bade goodbye for a while.

Since the singer returned back online, he has not been giving his trolls any breathing space.

A Twitter troll identified as @merostan had called out Davido and submitted that he could not manage to get on the top trending topics in the country despite his attempts at seeking attention.

After seeing the tweet, Davido was quick to direct the troll to go back and check the trending list.

EFCC: No regret over my appointment as probe chair, says Salami

Yusuf Alli, Abuja THERE is no regrets accepting to serve as Chairman of the Judicial Commission of Inquiry on the...

Row over Water Bill in House of Reps