– Top Nigerian singer, Davido, has reportedly shed a member of his team

– The singer was known to have a boisterous and controversial personal assistant, Aloma DMW

– According to a post shared by Davido’s logistics manager, Israel, Aloma is no longer the singer’s PA or in DMW

Top Nigerian singer, Davido, is one entertainer who has been known to change the lives of his members of staff as they all seem very loyal to him and sing his praises at every opportunity.

Sometimes, the singer’s crew have been known to defend Davido on matters that even he has not commented on. However, it appears the singer has shed a member of his team.

According to reports, Davido has dumped his popular but controversial personal assistant, Aloma DMW. The news was shared on social media by the singer’s personal logistics manager, Israel. 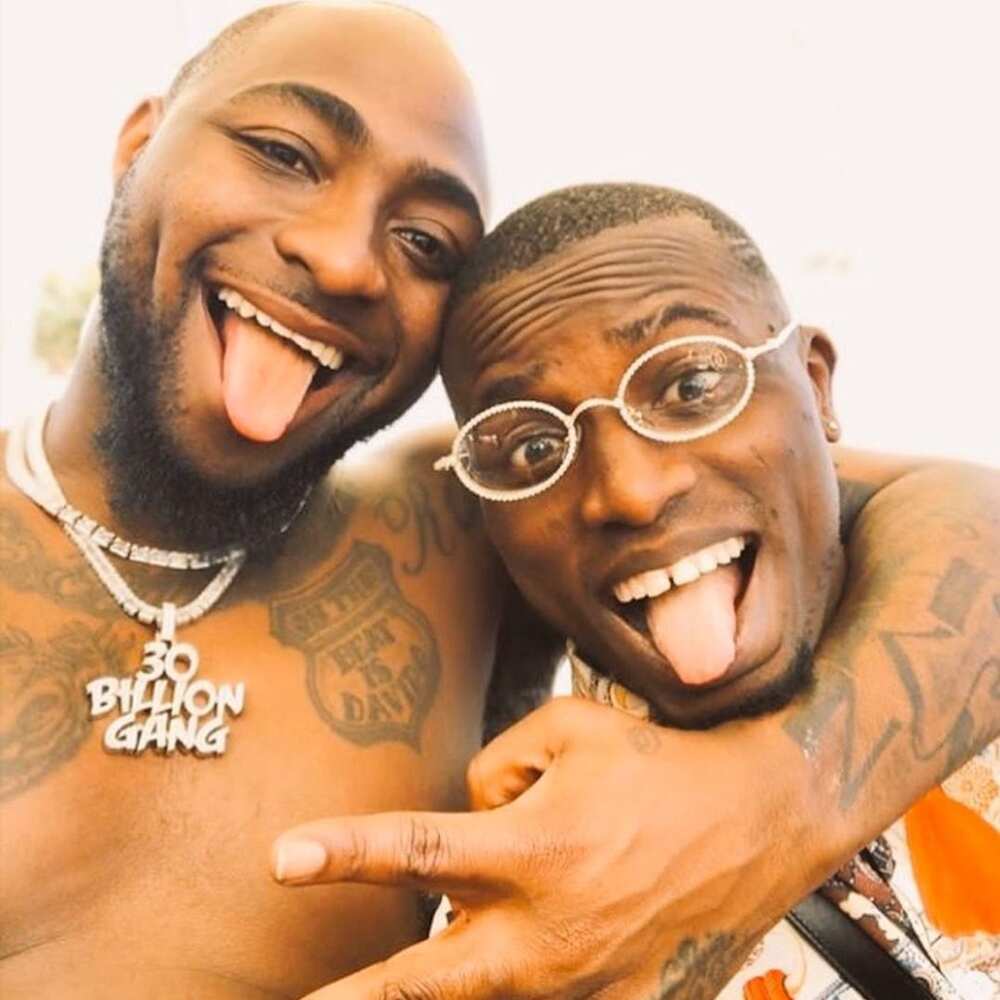 In a post shared by Israel, he warned the general public to beware of doing business with Aloma as he is no longer Davido’s PA. He also said that Aloma is also no longer a member of DMW.

Israel then went ahead to introduce the singer’s PA known as Gee Santus. He wrote: “Aloma, his no longer my Oga’s personal Assistant or in DMW. Who so ever does anything with him, does it at his own or her risk. BADDEST PA now his @santusgee . Be Warned.”

Despite that, a quick check on Aloma’s page showed that he recently posted a video of himself with Davido just hours before Israel made the announcement of him no longer being the singer’s personal assistant.

Interestingly, the news of Aloma’s sack as Davido’s PA is coming shortly after he claimed that being called the singer’s houseboy is better than being a bank manager.

Aloma was recently part of an Instagram live session and he had quite some interesting things to say about his work relationship with the superstar.

Aloma started off by noting his reservation against the houseboy tag that has been given to him by people that know that he works for Davido. He also said that he had tried to stop people from calling him the singer’s houseboy but since they did not listen, he stopped worrying about it.

He disclosed that his relationship with the singer was yielding positive results as he was cashing out on a steady basis.

By Osagie Otabor, Akure Ondo State Governor, Oluwarotimi Akeredolu on Friday flagged off an egg factory worth N4.2 billion at...

Pro-Yoruba group calls on FG to move against secessionists