Popular Award-winning musician, Davido, is widely known for his carefree and humble ways, so it is no surprise to see him interacting with upcoming artistes or fans on and off social media.

The father of three recently replied to a fan identified as @Banjolee4 on Twitter who stated that fans feel downgraded every time the singer rolls with upcoming artistes. 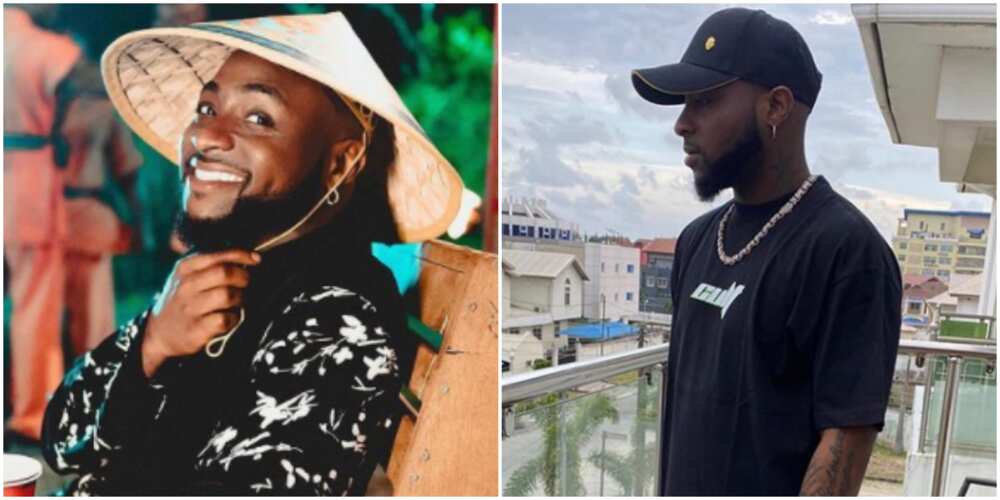 Davido says he can not change his behaviour towards upcoming artistes
Photo credit: @davido
Source: Instagram

In the young man’s opinion, the father of three needs to know his worth as most of the junior guys are snitches.

“Baba you dey downgrade we your fans mehnMan facepalming Abeg stop rolling with these upcoming artistes. Na snitch dem be. Abeg know your worth brother.”

This was after Davido replied to a tweet by his cousin Tunji Adeleke.

In a reply to @Banjolee4, Davido simply stated that he can not dissociate himself from the so-called upcoming artistes.

Davido’s reply generated mixed n reactions in the comment section, here is what people had to say:

“Just reduce it pls, especially to those upcoming small stouts.”

“Never change who you are for no one. Keep being meek, help who you can help, and remember you are a man after God’s heart.”

“What makes u special is when you are able to roll with everybody irrespective of the money u have. it’s called humility. U’re a great dude davido.”

“Frog, relax you can’t do without them because they write your songs.”

In other news, Bioreports earlier reported that Davido took part in a football match against other entertainers.

However, the highlight of the football match was not the game itself but, a performance by an excited fan of his.

The man passionately sang his own rendition of Davido’s hit song, Fall, much to the amusement of Davido who was seen shaking his head.

Facebook will restore news in Australia after talks with the government