Below Deck Med’s Hannah Ferrier Is Engaged: See Her Ring

– According to Cuppy, she is a little bit older than the Blow My Mind crooner

Billionaire daughter DJ Cuppy recently got her fans and followers laughing after she interviewed her colleague Davido on his new album A Better Time.

While noting her thoughts about the father of three dropping his album, DJ Cuppy stated that Davido’s birthday is coming up soon.

She then went ahead to tell her fans that she is the same age as the singer, however, she is a bit older than him. According to her, Davido needs to add Aunty to her name when addressing her.

As soon as she said that, the Blow My Mind crooner burst into laughter. 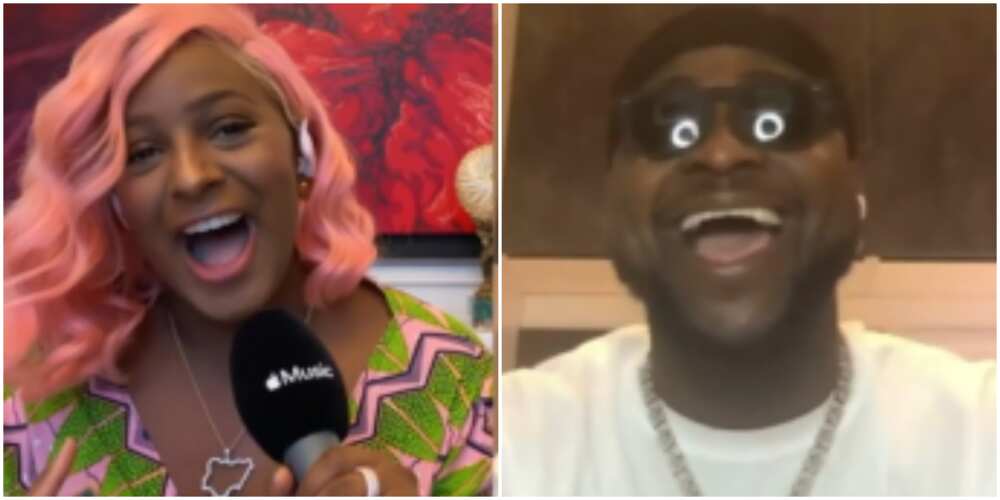 Meanwhile, Davido noted the reason he did not drop the album on his birthday was that he wanted to celebrate his big day separately.

According to him, he should have dropped the album in October but the EndSARS event stopped him from doing that.

Speaking on how his single FEM became an anthem for the EndSARS protest, the singer said it was just a coincidence. He noted that he dropped the music in June and did not know people would vibe to it during the protest.

In other news, Bioreports earlier reported that DJ Cuppy shared the moment she walked in on a man trying to take a quick photo with her Ferrari in London.

In the video, the entertainer walked in on a white man who was trying to take a quick photo with her Ferrari which was parked by the roadside.

The man who had no idea that she owned the car had also asked if she wanted to pose with the flashy automobile.

Osagie Otabor, Akure SIXTY-Six graduates in Ondo State have benefitted from the Federal Government’s Graduate Attachment Programme under the National...