– In the post, she explained how she was unable to afford the expensive play kitchens sold in stores and so she resorted to making one herself

A South African mum recently inspired thousands of locals. This was after she took to Facebook group ImStaying to share a picture of the play kitchen she made for her little child out of recycled material.

“With things being so tough and me having a new baby, my daughter has been feeling really left out so when her lil brother finally fell asleep we built this little kitchen. Materials used all recycled, boxes were from our local cash-and-carry and we used cooldrink lids. The best things in life are really free.”

Facebookers and Stayers were taken aback by this mother’s creativity and dedication to putting a smile on her little girl’s face. Many of them headed to the comments section to share their thoughts. 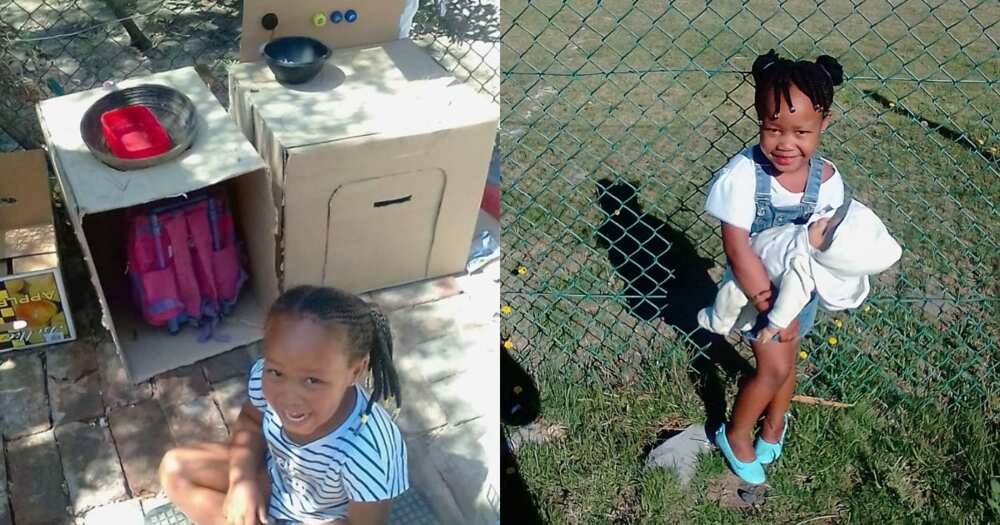 Read some of them below.

“That’s so good, have to share the love so that she doesn’t feel left out or sidelined.”

“And look at her happy face …we don’t need expensive things to make us happy, well done.”

In other news, a woman who was identified as Miss Shozi served up some major mother-daughter goals on social media. The beautiful influencer recently got a new set of wheels – a sleek black Mercedes Benz GLC 63.

However, she did not want to be the only one with a new whip and she decided to buy a matching miniature ride for her daughter.