– A Nigerian man, Ibrahim, reveals how his wife had three sets of twins in the six years of their marriage

– Ibrahim says it is not easy taking care of the kids, but that he and his wife are not tired of having more

In what can be described as extra-ordinary blessing, a native of Ologbin compound, Ejigbo, Osun state, who simply identified himself as Ibrahim, has shared the story of how his wife gave birth to three sets of twins within six years of their marriage.

Read the heart-warming story in this interview by Bioreports‘s correspondent, Gboyega Bakare, below:

What was your experience during the first time, were you anticipating it?

Yes, I loved to have twins, even before I got married. I had always wanted to have them.

How was your reaction during the second and third birth? 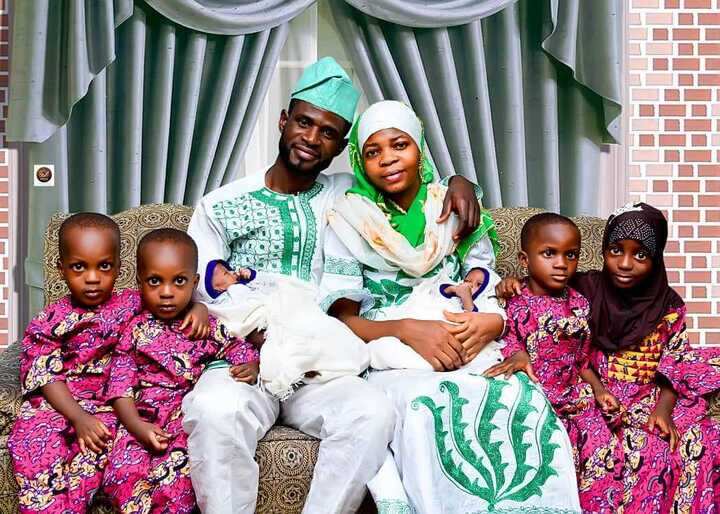 The couple had three sets of twins in the six years of their marriage
Credit: Bioreports
.

Has anyone of your extended family members had set of twins before.?

Yes, my grandpa had twins as his last children, my dad also had twins. My parents had me after a set of twins. My mother-in-law is a twin, and one of my sisters-in-law had two sets of twins. I would say I’m surrounded by twins.

How have you been coping with their care, financially and otherwise?

Ah! That? It has been God, it hasn’t been a cup of cake I must admit. But God has always been there for us.

What has been their mother’s experience? Is she willing to have more?

You know with God, nothing is impossible. Their mother hasn’t been complaining anyway, she has gotten used to taking care of them.

Yes, she is not afraid to have more, although not now, probably in the future and provided we get medical clearance that she is up to it. We both love to have children.

Bioreports had earlier reported the story of a set of twin sisters who recently got married to the same man recently.

Photos and a video from their traditional wedding ceremony were shared by Nelson Obidon on Twitter.

Can you date a person below your class for money? | Bioreports