– Lionel Messi earlier threatened to leave the club, but was forced to reverse his decision

Amid speculations that Lionel Messi who is already in the final year of his contract with Barcelona is leaving the club, journalists received epic response from manager Ronald Koeman.

The manager who appeared frustrated when asked about the future of the Argentine legend angrily shuts down the reporters.

It is believed that Messi had a tough last season at the Camp Nou outfit and now he is already considering leaving the club amid interests from Premier League club Manchester City.

The 33-year-old threatened to leave during the summer when he formally tendered his transfer request, but the club insists that a clause exists in his contract.

It got so bad that Messi threatened to take his boyhood club to court as he looks tired during the tenure of Josep Maria Bartomeu’s tenure as club president who was later fired.

And Manchester City are already in negotiations with the player’s agents and hope to lure him to the Etihad in January.

When asked whether Messi will leave in January or when his contract expires, Ronald Koeman yelled that he won’t say anything about it. He said, as cited by SunSport.

“No, and I won’t say any more about this. I won’t take any more questions on this.”

With Pep Guardiola extending his stay at the Etihad Stadium until 2023, the EPL champions can now commence negotiations with the Argentine in January.

Although the Nou Camp club is doing all it can to ensure Messi remains with them beyond next summer, it is left to be seen if the forward is convinced to stay at his boyhood club. 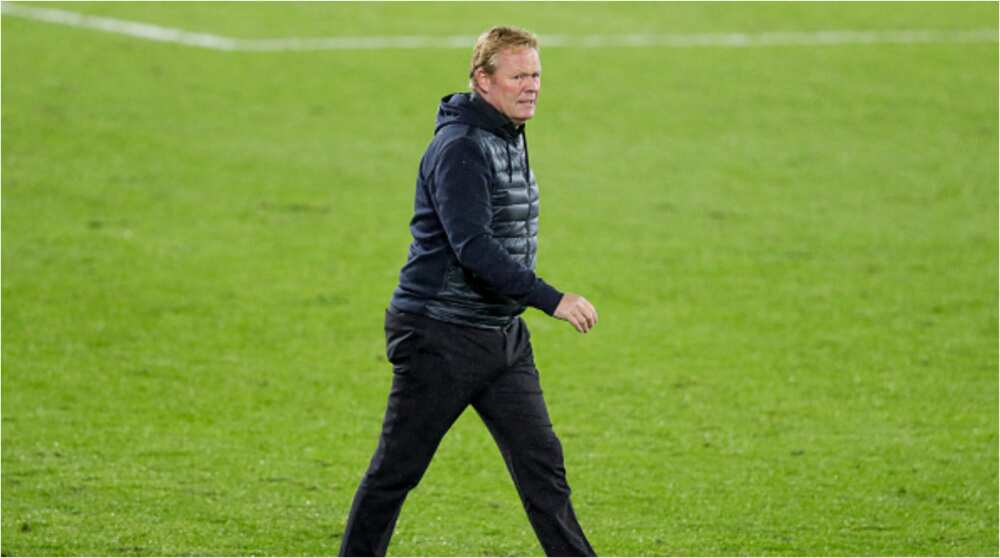 The six-time Ballon d’Or winner’s body reactions in recent times show he has gotten tired of the drama surrounding the club.

Meanwhile, Bioreports earlier reported that Olivier Giroud is considering offers from top clubs in Europe in January in order to secure his place in France’s squad for Euro 2021.

The 34-year-old is yet to make Frank Lampard’s starting XI this season in the Premier League or Champions League, with his one start in six appearances coming in the League Cup.

However, under Didier Deschamps, the French striker has scored five goals in his last eight international outings.

By Alao Abiodun Beauty queen Agbani Darego and her husband Ishaya Danjuma have welcomed their second child. The former Miss...

Katsina to shore up investment climate, hosts summit in 2021