Comedian Basketmouth on a mission to conquer the TV, film, and music industry

– The comic star in an exclusive chat with Bioreports talked about his journey into comedy, television and now music

– Basketmouth also opened up on what inspired his debut music album, Yabasi

For many who are familiar with the Nigerian entertainment industry, the name Bright Okpocha or Basketmouth as he is professionally known is mostly synonymous with comedy.

However, the case has been different in recent times as the ace comedian has proved his versatility beyond telling jokes that make people laugh.

In an exclusive chat with Bioreports, the award-winning comedian opened up on his plan to touch on different parts of the entertainment industry which include music, television and online media. 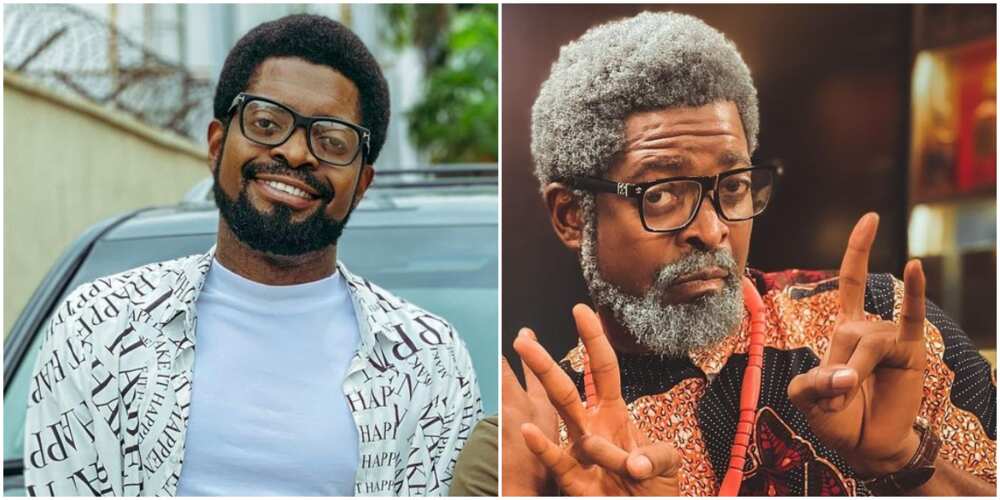 Basketmouth disclosed that the decision was borne out of introspection and coming to the realization that he has achieved a lot in his career as a comedian and there’s nothing possibly new that can beat his current record.

The comedian also added that when it comes to his involvement in television, he has scored quite a commendable feat especially with his highly-acclaimed comedy series, Flatmates.

Basketmouth said this made him consider tapping into the online space which seems to be drawing the attention of many nowadays. This, according to him, is what inspired his popular web series, Papa Benji.

Speaking further, the ace comedian explained that after putting out his web series he was inspired to tap into the music industry. This was what gave birth to his debut album, Yabasi, which features several top names in the music industry.

The comedian disclosed that the next project for him to take on would be to produce movies before he finally returns to comedy.

Some weeks ago, Bioreports reported that the comedian rolled out some of the questions he would be asking if he had the opportunity to be president for one week.

The comedian said he would like to know why a country of over 200 million people had to import everything, from onions down to even toothpick.

Basketmouth said that he would not close the border seeing as the country does not produce anything for itself.

Will US diplomats finally return to Havana, after a rash of mystery injuries?

Zlatan Ibile questions relevance of getting an education, fans ‘knock’ him for misleading people

Zlatan Ibile questions relevance of getting an education, fans 'knock' him for misleading people