– Cebolamangwane Khanyile and his wife Luh MaXulu Khanyile were born in the same year and same month, they also lived in the same area

– The couple attended the same crèche and primary school and 27 years later, they got married

Cebolamangwane Khanyile shared the amazing love story of he and his wife, Luh MaXulu Khanyile. According to Cebolamangwane’s post, Luh is his best friend. They were born in the same year and same month.

Cebolamangwane said they also attended the same crèche, the same primary school and grew up in the same area. A whole 27 years later, the couple got married. Cebolamangwane shared the story to the #ImStaying group on Facebook.

Cebolamangwane’s post received over 14,000 reactions and the comments are constantly increasing. Stayers sent them over 1,300 messages of love and congratulations. 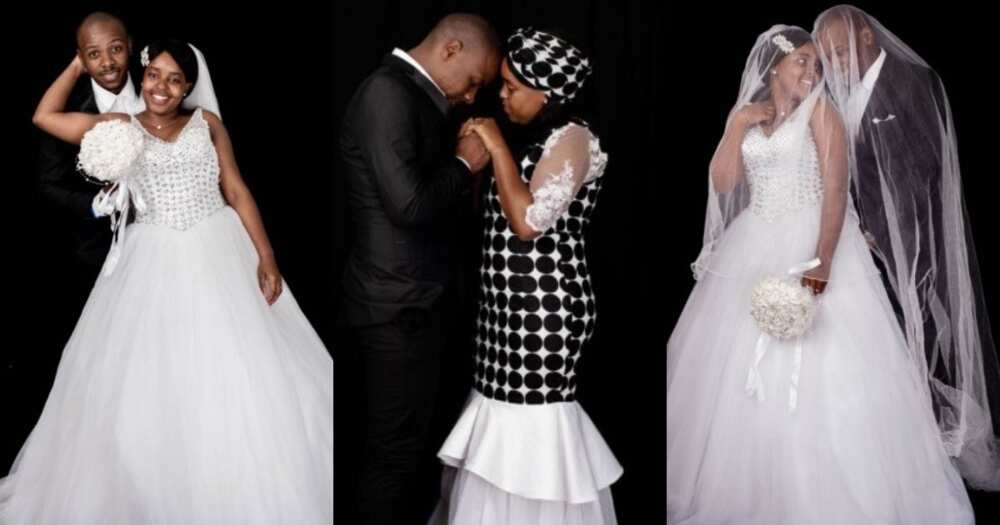 A couple who grew up together got married after 27 years. Source: Cebolamangwane Khanyile #ImStaying / Facebook
.

Bioreports compiled a few of the top comments.

“Awww, what a feelgood story! Thanks for sharing. Wish you all joy and happiness forever after.”

“Oh wow, what a history. Congratulations.”

“Hope you both spend the rest of your lives happily together!”

In other news, Bioreports recently reported on how kind people on Twitter came around to donate funds for a woman whose husband was critically ill.

The lady with the Twitter handle @ahmed_lateefah took to Twitter to seek help after being told that her husband needed N16 million for a kidney transplant.

Under 12 hours of crying out on the media platform, Nigerians raised over N2.5 million for the woman so as to save her husband’s life.

Donations were made into Lateefah’s ailing husband’s account. Funds were also sent into a GoFundMe account that was opened to save Ahmed Ibrahim. According to the woman, a total of N4 million has been donated into her husband’s account.

A quick check into the GoFundMe account, Bioreports realized that Good Samaritans have donated $2,085 (N812,897.50) for the cause.

For how long should a man engage a lady before marrying her? | Bioreports

Lady slams Igbo culture, shares video of late dad’s brothers fighting over where to bury him

Lady slams Igbo culture, shares video of late dad's brothers fighting over where to bury him