Chelsea star fires warning to Liverpool ahead of Premier League clash, reveals what they will do to them

Kurt Zouma believes Chelsea will put a dent to Liverpool’s Premier League chances when they meet at Stamford Bridge this weekend.

Zouma is also convinced that Chelsea have enough firepower withstand the presence of Liverpool’s trio of Mohamed Salah, Roberto Firmino and Sadio Mane. 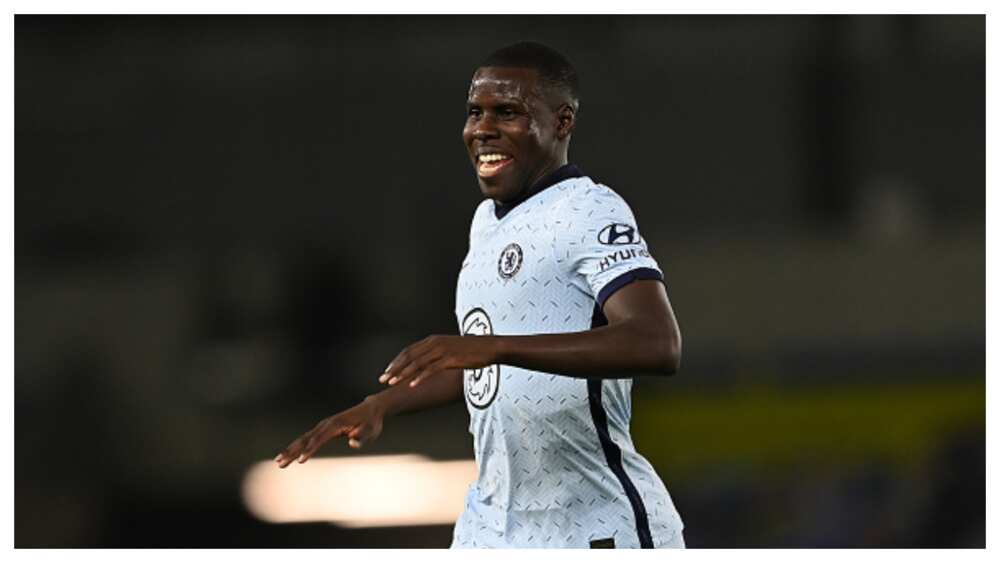 Zouma said: “They have a great front three, but we also have our weapons. We can hurt them. It will be a great game to watch.

“Last season Liverpool completely dominated the season, they had a great run of wins. They hardly lost. But this is another year. Everybody starts from zero. We will se what we can do.”

The 25-year-old also believes new signing Timo werner can compete for the Premier League Golden Boot this season following his impressive start in the win over Brighton.

He added: “He’s a top scorer. He’s been scoring goals for fun in the German league. That’s why he has come here, to show himself in the Premier League. I think he can do it. He has the ability and he’s so quick.”

Meanwhile, Bioreports had earlier reported that Frank Lampard has conceded to the fact that it is too early to ask if Chelsea are in contention to win the Premier League this season.

Lampard’s men broke Brighton’s stubborn resistance, but their performance at the AMEX Stadium was far from convincing.

Bioreports had also reported that Timo Werner made his Premier League debut in Chelsea’s 3-1 win over Brighton and the German striker claims he has never played against such massive defenders.

He made several menacing runs in the first half and won a penalty that gave his side the lead, but was surprised by the big frame of defenders.

Hurricane Sally strengthens to Category 2 as it nears landfall