West Bromwich Albion can confirm that they have completed the signing of Chelsea legend Branislav Ivanovic on a one-year deal.

The newly-promoted side will be counting on the wealth of experience of the 36-year-old to help them in their quest to stay up at the end of this season.

Since his departure from Stamford Bridge three-years back, the Serbian defender has been with Russian side Zenit Saint Petersburg where he recorded eight goals in 90 matches.

During his reign with the London club, Ivanovic won three Premier League titles, one Champions League, one Europa League, three FA Cups, one League Cup, and one Community Shield.

According to the statement released on the club’s official website, the rock-solid centre-back will don the jersey number 20 this season..

“The Premier League is the best league in the world,” said Branislav.

“I need to challenge myself and I am ready for the challenge. I am really happy to be back playing in the Premier League.

“I hope I am going to be successful here. “I have a lot of ambition and I want to prove a lot of things. I will give everything for the team.”

Also reacting to their new signing, Baggies boss Slaven Bilic says the arrival of the Serb will improve his squad.

“He’s a great addition for us, a team who are newly promoted in the Premier League. He ticks all the boxes for us. 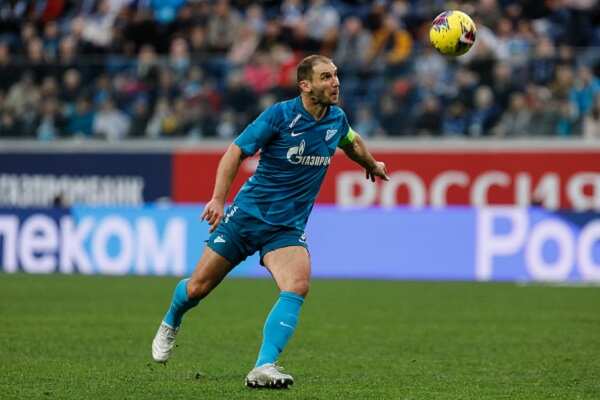 Ivanović has appeared at two FIFA World Cup finals for Serbia – 2010 in South Africa and 2018 in Russia – and is his nation’s most capped player with 105 appearances.

The 22-year-old defender may have been declared surplus to requirement at Stamford Bridge despite his breakthrough under Frank Lampard the last term.

Tomori made 22 appearances for the Blues across competitions – scoring twice and assisting one other in the process.

Meanwhile, the arrival of Thiago Silva from Paris Saint Germain on a free transfer would have equally played a part in his temporary exit from the club.

BBNaija: Twitter user reveals more about Laycon’s dad, claims he was a policeman who died painfully

Yinka Adeniran, Ibadan A former staff of First Bank of Nigeria Limited, Oreoluwa Adesakin, has been handed a cumulative 98...