– Chelsea are currently placed fifth on the standings with 43 points, two off fourth-placed West Ham United

– But even with 13 matches left to end the season, Wenger believes the Blues stand no chance of sealing a top-four finish at the end of the season

– The west Londoners are currently on a seven-game unbeaten streak in all competitions, picking 14 points from the available 18 in league matches

Arsene Wenger has written off Chelsea’s chances of finishing among the top four teams in the Premier League this season.

Tuchel has picked four wins and two draws in the process, with his side’s last outing on Saturday, February 20, against Southampton ending in a 1-1 stalemate.

Their impressive run of form has seen them moved to the fifth position on the Premier League table with 43 points – two behind West Ham United as the title race heats up. 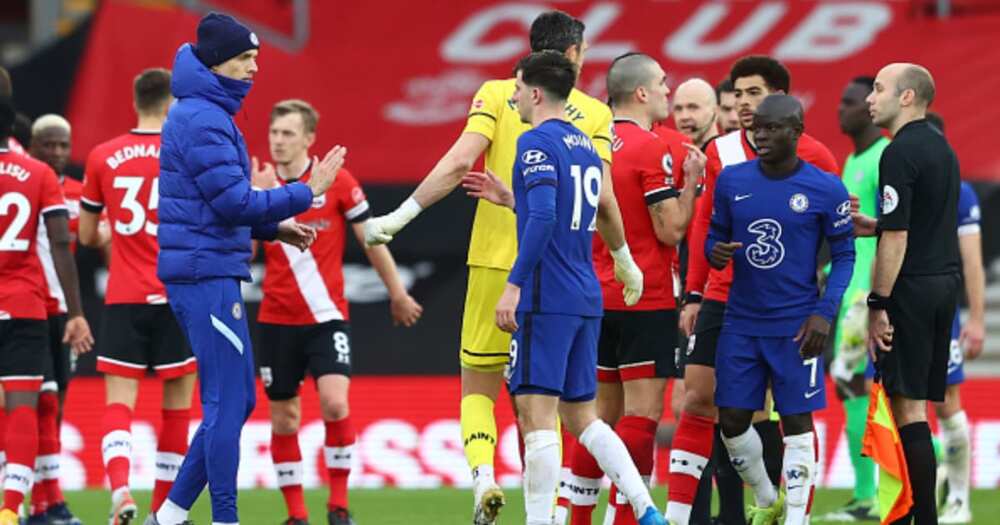 Thomas Tuchel has picked 14 points from the available 18 since taking over as Chelsea boss.
Photo by Kirsty Wigglesworth.
Source: Getty Images

The 14 points from the available 18 have seen Chelsea climb up the ladder on the standings and are currently placed fifth on the log with 43 points, two behind fourth-placed West Ham United.

However, despite the resurgence, Wenger contends the Stamford Bridge outfit will finish ‘a fraction short of top four.’ Mirror UK quoted Wenger saying:

“I looked at their number of points, on that run they will make 63 points. That could be a fraction short of the top four.

The Blues are due to return to action on Tuesday night, February 23, when they will take on Atletico Madrid in the first leg of their Champions League last 16 fixture.

They will be desperate to pick a favourable result from the away clash to be played in Bucharest, Romania, for a chance to progress to the quarterfinals of the European elite competition.