Popular Nigerian singer David Adeleke aka Davido returned from his social media hiatus some days ago and the singer has made his return known on his different social media platforms.

In his usual fashion, the Fem crooner who never gives a chance for social media bullying was quick to clamp down on an individual who came after him on Twitter.

The Twitter troll identified as @merostan had called out Davido and submitted that he could not manage to get on the top trending topics in the country despite his attempts at seeking attention.

“Funny how the Timini and Lydia is trending but the Davido guy wey Dey find clout no Dey even trend, at least for now,” his tweet read. 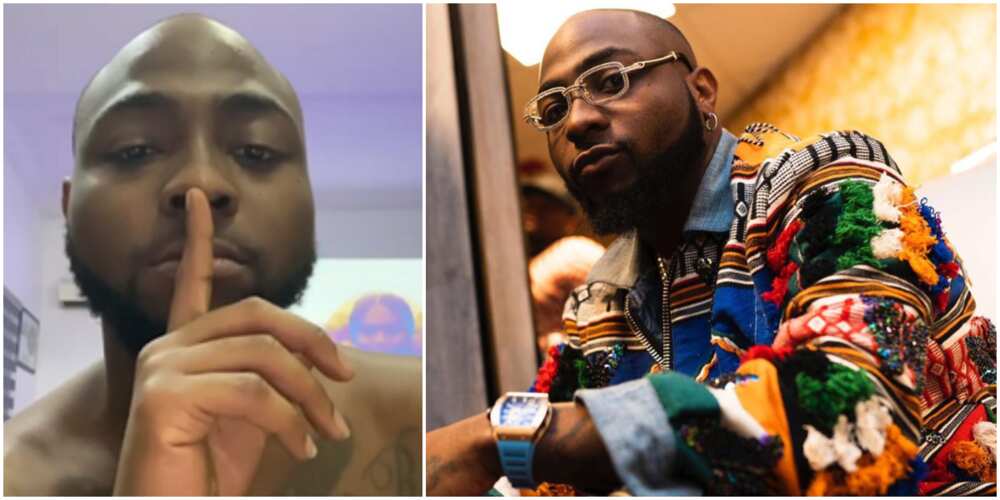 After seeing the tweet, Davido was quick to direct the troll to go back and check the trending list.

See the exchange between them below:

One fan who supported Davido’s response posted screenshot evidence showing the singer among the list of trending topics in the country.

See the screenshot below:

Some days ago, Bioreports reported that the singer paid a visit to one of the monarchs in the country, Oba AbdulWasiu Gbolahan Lawal of Oniru.

The successful and young singer did not let his status deter him from following tradition as he was spotted prostrating fully to the king.

Davido also paid his respects to the queen during his courtesy visit to the palace.

The photos were shared on the official social media page of the Oba of Oniru and it was explained in the caption that the singer visited the palace with a renowned media practitioner and Seyi Tinubu.

BBNaija star Kiddwaya says he wants Laycon to win, speaks on his feelings for Erica (video)

Diamonds for the senator

Nigeria at 60: The colonialists never left – they are politicians

Still on the deregulation

Can’t we get serious?