– However, the celebration did not stop on social media as there was a party thrown at their individual residences

Nigerian singers Peter and Paul Okoye of the defunct music group, Psquare, clocked a new age on Wednesday, November 19th, and the twin brothers were lovingly celebrated by fans, friends and family members in the online community.

Interestingly, there was more to the celebration than social media shout-outs as a star-studded party went down at their individual places of residence in Lagos. 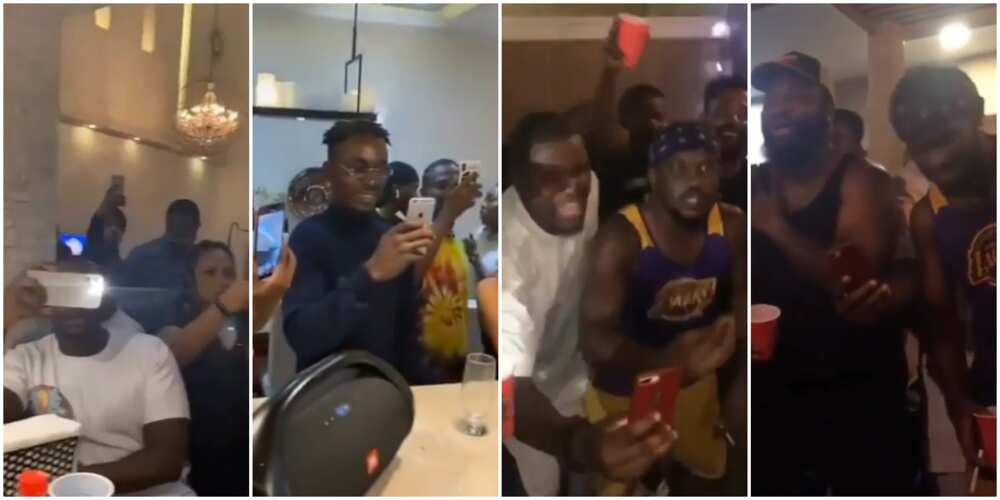 A video sighted on Instagram captured the twins’ elder brother, Jude, singer Harry Song among others at the birthday party organised at Paul’s residence.

Similarly, Peter’s party which seemed to have been restricted to an indoor setting also had some close friends and family members in attendance.

A video that surfaced on Instagram captured the moment the birthday boy was trying to cut his cake as those present captured the precious moment on their mobile devices.

However, the separate birthday parties held by the brothers got fans talking again on social media as people wondered why friends who attended the parties could not bring them back together.

Read some comments sighted by Bioreports below:

“If people could just neglect their invites and tell them to settle their differences it would have been better…may thy Lord intervene.”

“Na wa o, their late mom would never be happy with them.”

“The biggest disappointment will always be Jude. He had such a pivotal role to play in fixing their relationship but he chose to be a disappointment.”

“Happy birthday Ibeji. You and your brother are one, nothing can separate you. Please make up, we can’t wait to see you together again.”

Recall that Bioreports previously reported that rapper Ikechukwu was among those who took out time to send a birthday shout-out to the twin brothers.

He, however, begged them to reconcile in other to put a smile across the faces of Nigerians who are already dealing with a pandemic.