Caught after being a ‘bad boy’, dog looks away, maintains guilty face (video)

– Paige Bodden, a veterinary technician, returned home to meet with a handyman

Man’s best friend is one of the most loveable animals on earth but is equally naughty and mischievous.

A dog in the US nearly flooded its owner’s home after sneaking into the bathroom and turning on the tap.

It then left the tap open and within minutes, the house was nearly flooded. 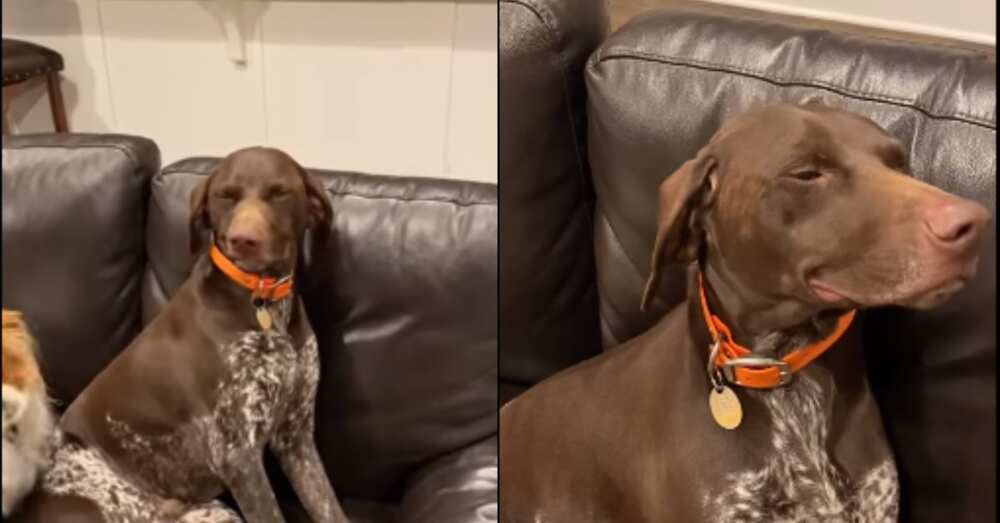 Shiner knew he had been a bad boy. Photo: Paige Bodden
.

Paige Bodden, the owner, happened to return home early that day and was shocked to see the mess her four-legged friend had created.

She wanted to meet a handyman and ended up walking into a wet nightmare.

Paige’s bathtub filled up with water and she immediately knew one of her pets was responsible for the havoc.

The dog mum noticed Shiner, the culprit, was finding it hard to look her in the face even when she talked to it.

She filmed the funny encounter and her followers were tickled by how the guilty pup kept turning its head away during interrogation.

A lady with the Twitter handle @avelinacipion shared the video as she said it was sent to her by her dad. In the said clip, a man poured some food into two bowls.

Immediately after doing that, he took a bucket to serve as a table as he ‘asked’ the dogs into a prayer.