– Despite the hype around Master KG and Nomcebo’s Jerusalema slowing down, another group of people have managed to go viral while doing the dance challenge that the song gave birth to

Last year thousands of people helped make Master KG and Nomcebo two of South Africa’s most popular artists in the world after they started a challenge called the #JerusalemaChallenge with the duo’s hit song Jerusalema.

While a lot of time has gone by, the Austrian Airlines cabin crew recently did the challenge and proved it was still as lit as ever.

In an extremely fun clip that was shared on Twitter by @RBiakpara, the crew can be seen dancing both inside and outside one of the airline’s airplanes while fully clothed in their usual flight uniform.

“Jerusalema to the world. Love it. Thanks @dhayciarh.”

Twitter users absolutely loved it and wasted no time heading to the comment section to express just how great they thought it was. Read a few of their comments below:

“I really really hope the artists and the people who made the original video are all being paid well.”

“I’d be happy af to get on the plane if they were dancing like this when we board lol.”

“I don’t care what they say, this to me, is the most iconic song in the world right now.” 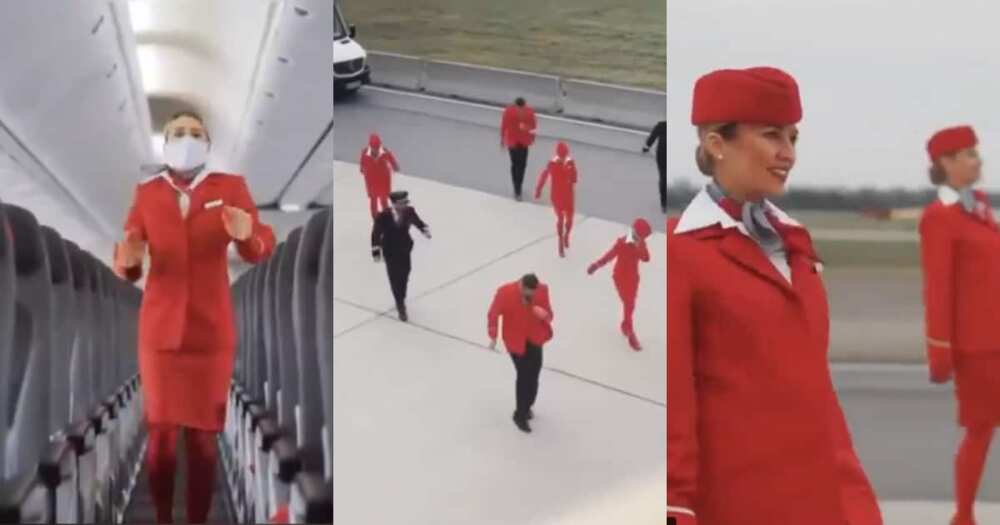 Meanwhile, Bioreports earlier reported that a video of firefighters in Portugal doing the #JerusalemaChallenge made its way to the #ImStaying Facebook group.

Three firefighters in full uniform could be seen getting down to Master KG’s hit song. This international hit is putting smiles on South Africans’ faces as the pride of its dance moves is going global.