Home ENTERTAINMENT BTS: From Suga’s university visit to Jin’s hanbok, 6 mysteries of the K-Pop band that have been solved – Bollywood Life
ENTERTAINMENT

BTS: From Suga’s university visit to Jin’s hanbok, 6 mysteries of the K-Pop band that have been solved – Bollywood Life

BTS members are celebs. And because of that, many are interested in their life which sometimes leads to some mysteries. Here are 6 mysteries about the band that have been solved. Also Read – BTS member Jungkook goes out of his way to greet his fan

1. Suga’s university visit Also Read – BTS: You’ll be zapped to know about the most expensive things owned by Jungkook, Jimin, J-Hope and more

In 2017, Suga was snapped in a university stairwell, carrying an armful of books. At the time, many assumed that he was continuing his education on the side, despite him being a part of the band. Many kept speculating until photos of BTS WORLD mobile game came out two years later. So him carrying the books was actually from a shoot for the game. Also Read – BTS: Kim Taehyung’s #Taechwita memes reach Bollywood; Shah Rukh Khan’s DDLJ, Mohabbatein, Kabir Singh get hilarious spin 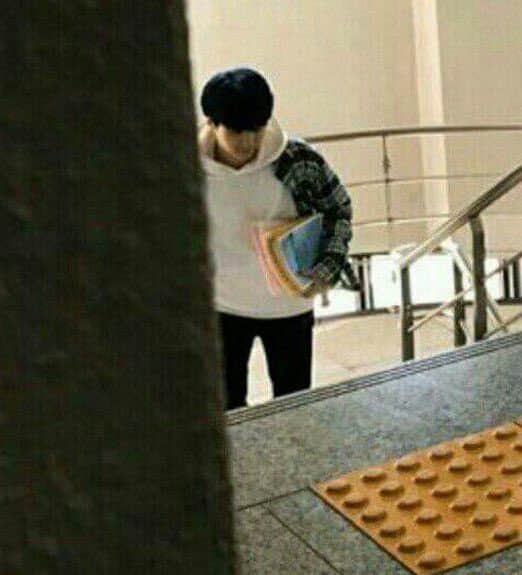 BTS’ ‘FAKE LOVE’ (Extended) music video was dropped on June 1, 2018. In the video, and the live performances that followed, the members wear face masks that seemed to defy the laws of physics as they were without any strings. Finally after a few months, Jin revealed that they were held together thanks to a hidden mouthpiece inside his mask.

In October 2018, Jungkook was snapped by the paps while walking on the streets of Berlin during BTS’ concert stop in Germany. Many fans wondered why. After 10 months it was found out that he was actually filming at the Bring The Soul docu-series.

On November 28, 2017, when BTS arrived at Incheon Airport for the Mnet Asian Music Awards in Hong Kong, Jin’s fashion caught everyone’s attention. That was because he wore a hanbok to board a plane. Many thought that it was a Run BTS! penalty, and they were actually proven right when the episode aired on January 4, 2018.

At BTS’ 2018 concert in Berlin, Suga lost his “A” ring. ARMYs searched the venue thoroughly but couldn’t find it. A day after the concert, Twitter user Jimin_Fairy1412 revealed that she had found Suga’s lost ring. She had picked it up during the show, thinking it was a water bottle cap.

While on vacation in August, J-Hope flew to Los Angeles for top-secret “important business”. Fans had theories, but no one truly knew what he’d been up to until the following month. J-Hope’s important business was none other than his “Chicken Noodle Soup” collaboration with Becky G!

Well, the mysteries were really dramatic, don’t you think? And that’s not a bad thing at all. Life can be so boring otherwise.

Stay tuned to BollywoodLife for the latest scoops and updates from Bollywood, Hollywood, South, TV and Web-Series.

Beast second look: Vijay is gearing up for war – The Indian Express

Chloe Fineman, Jeff Garlin to Get Serious for...

Find Out What Nick Jonas Commented On Wife...

Days of Our Lives: Christie Clark and Austin...