The Nigerian international opened the scoring on the night following an Alfredo Morelos’ assist – as it eventually led to a seven-goal thriller.

Aribo’s opener was first cancelled by Felipe Avenatti on the stroke of half-time, before Lior Refaelov put the hosts head in stoppage time.

With the start of the second half, Borna Barisic restored parity to make it 2-2 from the penalty spot but Antwerp restored their lead yet again following Martin Hongla’s 66th-minute goal.

Rangers showed resilience towards the end of the encounter and they grabbed a vital win on the road, thanks to Ryan Kent’s 83rd-minute equaliser and Barisic’s 90th-minute winner from the penalty spot.

Aribo played from the start to finish while Nigeria defender Leon Balogun came off the bench to replace injured James Tavernier in the 24th minute. 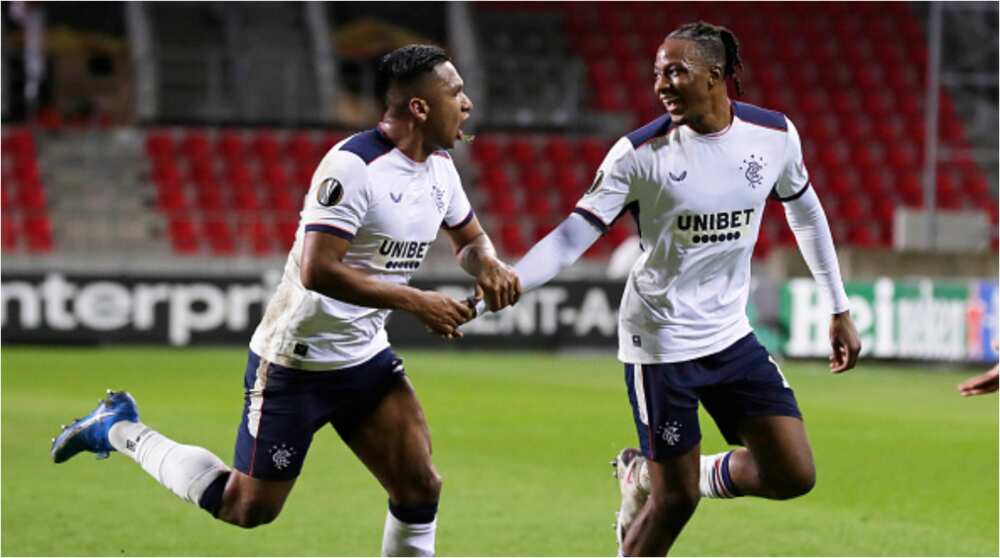 Meanwhile, Pierre Emerick-Aubameyang missed a couple of chances during Arsenal’s 1-1 draw with Benfica but the Gabonese striker has tendered his apologies to fans.

The North London club should have buried the game but hold an away goal advantage going into the second leg at the Emirates.

Hector Bellerin released a beautiful pass across to Aubameyang and all he needed to do was to apply a simple tap-in to put his side ahead in the 19th minute.

Arsenal manager Mikel Arteta was pleased with what he saw from his striker despite failing to find the back off the net against the Portuguese side.

However, Bioreports earlier reported that Tottenham Hotspur are one step into the Europa League quarterfinals following their 4-1 win over Austrian club side Wolfsberg at the Puskas Arena on Thursday, February 18.

Jose Mourinho’s men were desperate for a win in the game after their back-to-back defeats to Everton and Manchester City in their last two outings.

However, they got the desired result in a grand style with an emphatic triumph – leaving little or nothing left to be done in the concluding fixture next week.