A lady’s marriage advice and opinion on the outrageous bride price issue to her fellow ladies has created a divide on social media.

The lady named Thendo Sharon had implored ladies in a Twitter post to muster strength and be the voice for their fiances and men in order not for them to enter a marriage of loans and debts caused by their own families. 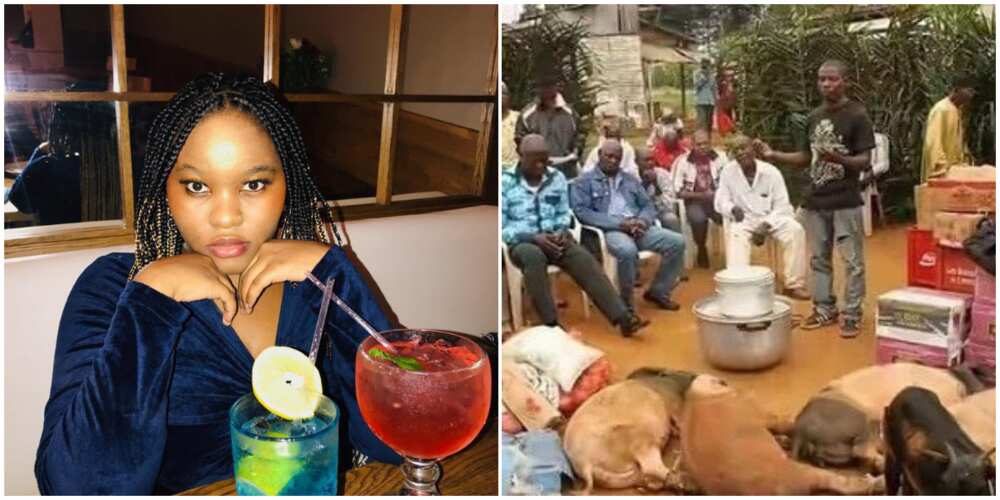 Lady say women should learn to fight for their marriage as bride price is not meant to enrich parents
Photo Credit: @thendo_sharon, Fridayposts
Source: Twitter

Sharon maintained that bride price was never meant to enrich the pockets of parents and uncles. She made a clarion call to ladies to fight for their marriage.

“Ladies, bride price was never meant to enrich your parents and your uncles who don’t even know your birthday. If you don’t speak up for your man, you will enter a marriage full of loans and debt caused by your own family. Fight for your marriage!”

Her advice didn’t however sit well with a section of tweeps who felt the bride price was an avenue to provide succour to parents for all their toils and years of bringing up their children with their resources.

Many male folks on the other hand, hailed her for speaking up.

“Dear Sharon, this is very wrong. Parents go through so much stress and suffering training their daughters. Any real man who thinks he is fit for marriage must be able and willing to pay any amount as bride price. Don’t try to control people’s tradition. Don’t be lost.”

“Am still waiting for the uncle dat would do this sh*it. Am an Igbo girl though. But I won’t take such trash. Na sell dem Dey sell me.”

Meanwhile, Bioreports earlier reported that a social media user advised fellow ladies against refusing to go on dates with men.

The individual identified as Oge Nsimah shared a piece of her mind in a post on Facebook.

According to Nsimah, when ladies are approached by men that have taken interest in them, they should not form the habit of declining the request simply because they have a boyfriend.