– According to US lawmakers, the president is guilty of incitement of insurrection

For the second time in two years, United States president, Donald Trump has been impeached by the US House of Representatives led by Speaker Nancy Pelosi.

Trump who only has few days to the expiration of his tenure was impeached after he incited his followers to attack the capitol in an effort to stop the certification of Joe Biden’s presidential election win.

The Democrats alongside some of their Republican colleagues voted to impeach the controversial president on allegation of “incitement of insurrection. 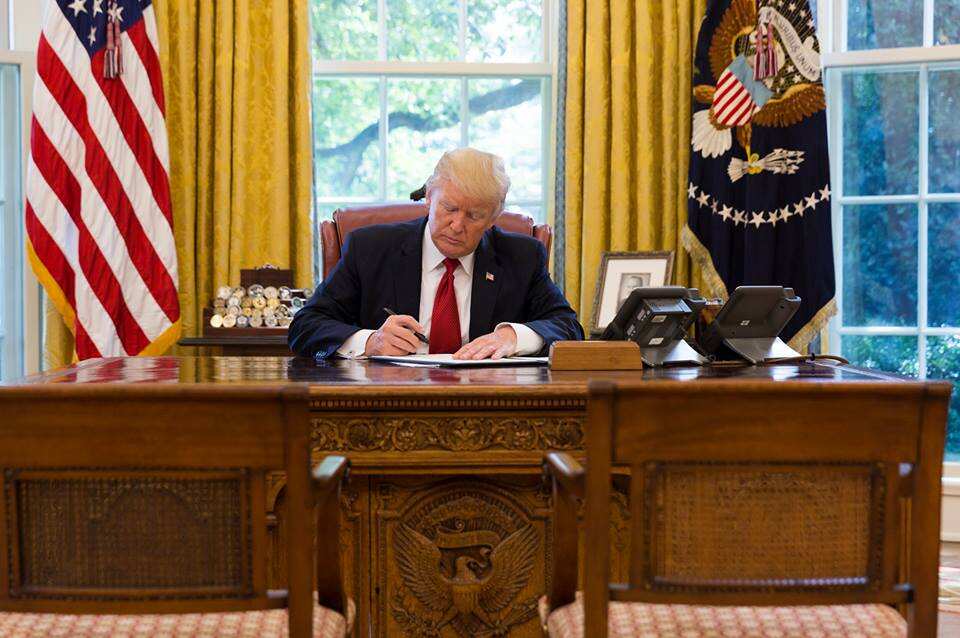 Donald Trump has been impeached by the US House of Representatives. Photo: Donald Trump
Source: Facebook

With this, Trump has made history as the only American president impeached twice.

10 members of his party who vote to impeach him include:

However, it is unknown when the House will send the article of impeachment over to the Senate.

After the Senate receives the article, a trial will take place and if enough senators vote to convict him, Trump will be removed from office. The senators can also vote to ban him from taking public office again.

Meanwhile, the trial might not take place during Trump’s administration as he is set to leave office in some days’ time. Senate majority leader Mitch McConnell is expected to determine when the trial will take place.

Recall that Bioreports had reported Trump declared a state of emergency in Washington DC.

The declaration was issued on Monday, January 11, over security reports of possible plots to attack the Capitol building ahead of Joe Biden’s inauguration scheduled for January 20.

Trump’s declaration will enable the federal authorities to coordinate with local authorities in providing assistance if any emergency occurs.