Emir Sheikh Sabah al-Ahmad al-Sabah has died as confirmed by an official statement delivered on the state television on Tuesday, September 29.

The 91-year-old has ruled since 2006 but has handled the country’s foreign policy for more than 50 years. His successor to the throne will be his brother, 83-year-old Crown Prince Sheikh Nawaf al-Ahmad al-Shabah, How Africa reports.

The deceased ruler is known by many as the fine architect of the modern foreign policy of Kuwait as he served as foreign minister between 1963 and 2003.

BBC reports that the emir was flown to the US for medical treatment after surgery earlier in the year in July. 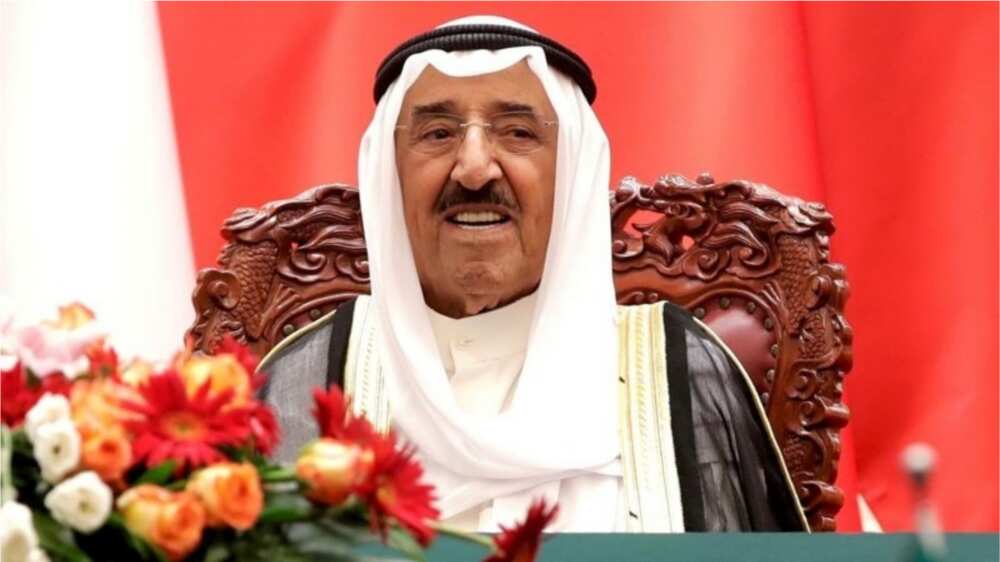 Part of the works he would always be remembered for was the mediating role he played in ensuring regional peace.

It should be noted that Kuwait has the sixth-largest oil reserve in the world. The country has been ruled by the Sabah dynasty for 260 years.

Sheikh Sabah was the great-grandson of the founder of modern Kuwait, Mubarak al-Sabah. He was born in born in 1929.

Meanwhile, Bioreports earlier reported that Emir of Kaura Namoda in Zamfara state, Ahmad Muhammad Asha, also known as Sarkin Kiyawan Kaura Namoda died on Sunday, May 3, at the age of 71.

His younger brother, Abdulkarim Ahmad Asha, the Dan Jekan Kaura Namoda, said the emir had battled diabetes and hypertension for a long time.

“He spent like four days in his palace responding to treatment when the illnesses struck again. Later he was taken to Yariman Bakura Specialists Hospital where he died after three days of admission,” he said.

Before he was appointed as emir in 2004, he worked as director of finance and treasurer in many local government areas of the state including Kaura Namoda, Gusau and Maru.

Victor Ola, has been supporting people to join him in Canada since he relocated over a decade now. He has...