– This followed the judgement of the Federal High Court Abuja on Wednesday, January 13

The Federal High Court in Abuja has dismissed another suit challenging the validity of the emergence of Governor Oluwarotimi Akeredolu as the candidate of the All Progressives Congress (APC) in the July 20, 2020, primary election of the party.

PM News reports that while delivering a ruling, on Monday, January 13, Justice Inyang Ekwo, dismissed the suit filed by an APC aspirant in the poll, Olajumoke Anifowose.

Bioreports gathered that the judge held that the application was statute-barred on the grounds that being a pre-election matter, it was filed outside the 14 days provided in section 185(9) of the constitution. 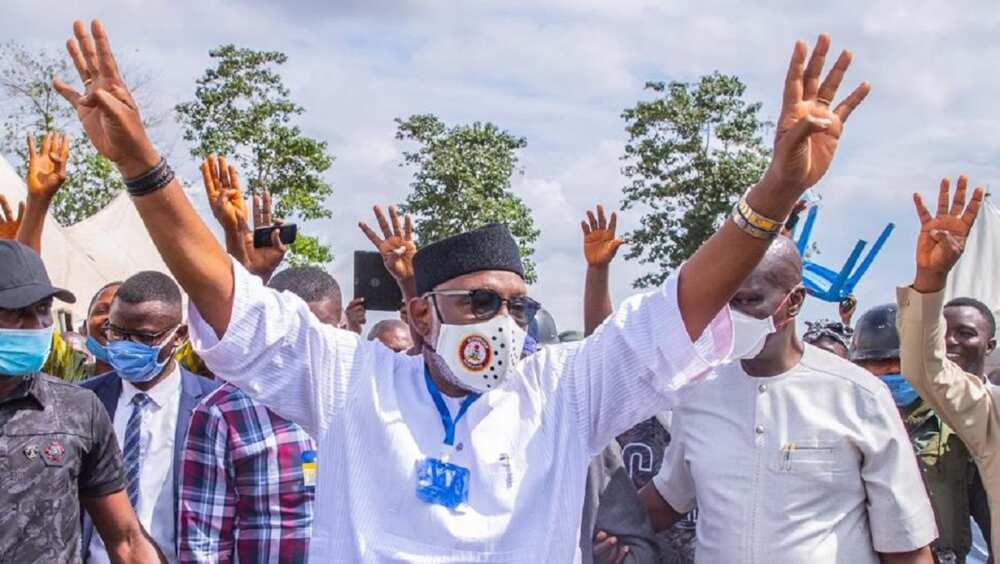 The Federal High Court sitting in Abuja has thrown out a suit against Governor Akeredolu. Credit: @RotimiAkeredolu
Source: Twitter

He held that, although the suit, marked: FHC/ABJ/CS/881/20200, which challenged the outcome of the APC’s governorship primary election held on July 20, 2020 was originally filed on July 26, 2020 (within 14 days after the occurrence of the cause of action), it was wrongly commenced when the plaintiff chose to sue the governor of Ondo state as against Akeredolu in person.

According to him, the amendment effected by the plaintiff on the originating summons, to substitute the party named as the first defendant – the governor of Ondo state – with Oluwarotimi Akeredolu, was done on August 13, 2020, outside the 14 days allowed by the constitution.

Ekwo stressed that the amendment of the originating process for the purpose of substituting parties in the course of the suit would have been in order if it was done by the plaintiff within the 14 days allowed for the commencement of pre-election cases under Section 185(9) of the constitution.

Meanwhile, Bioreports had previously reported that Governor Akeredolu recorded a victory in a case instituted against him over his emergence as the candidate of the All Progressives Congres (APC) during the governorship election in the state.

It was reported that a Federal High Court in Abuja on Wednesday, December 15, dismissed the suit, saying it was statute-barred.