Home NEWS Black Wall Street was an inspiration. Now we must rebuild it
NEWSNews America

Black Wall Street was an inspiration. Now we must rebuild it

Tyrance Billingsley II is a Tulsa native, entrepreneur and founder of Black Tech Street. The opinions expressed in this commentary are his own. 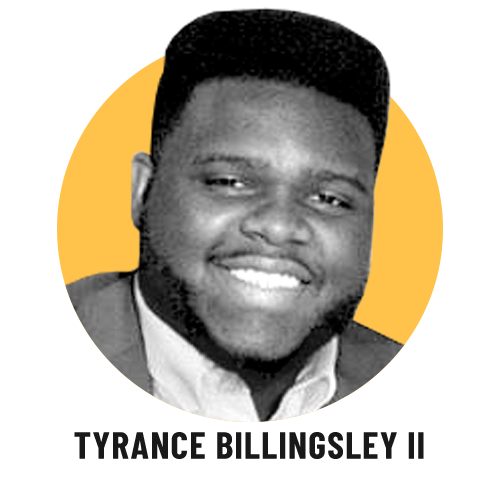 One hundred years ago this month, as many as 300 people died in the Tulsa Race Massacre. White mobs burned homes and businesses throughout the Greenwood District of Tulsa, effectively destroying what had become known as Black Wall Street.

Spanning 35 city blocks, the Greenwood District was home to more than 300 Black-owned businesses, including restaurants, grocery stores, movie theaters, hotels and a bus system. It’s legendary not only for what it did for Tulsa, but for what it represented could be done by Black people anywhere, despite Jim Crow laws that enforced segregation throughout Oklahoma. It was evidence that no obstacle, no matter how great, could ever prove insurmountable in the face of our determination, tenacity and ingenuity.

Rebuilding the Greenwood District, and the hope and inspiration that came with it, has never been more important. Today, just 1% of venture-back startups are founded by Black entrepreneurs, there are just four Black CEOs among Fortune 500 companies, and the prevailing national image of a successful tech entrepreneur is still overwhelmingly White male.

We need to change that.

Research shows that by 2030, there will be a talent shortage of 4.3 million tech workers. This need for tech talent presents a unique opportunity for Black people to close the racial wealth gap in our country.

That’s why we are proud to announce the formation of Black Tech Street, an initiative that looks to rebuild Black Wall Street as a global center for Black-owned technology companies. We hope this initiative will catalyze a global movement for Black people to embrace the technology industry as a means of building intergenerational wealth and impacting the world. The company SecondMuse, which has over a decade of experience building equitable economies, is providing resources and personnel to help Black Tech Street execute on its programming. It is working with us to develop a holistic 10-year strategy for building an economy in Tulsa that becomes a replicable and scalable model for closing the Black wealth gap. And we will do this through the creation of Black businesses and jobs in the tech sector.

Leveraging the global resources, connections and experience of SecondMuse, Black Tech Street is finding creative ways to codesign programs and court strategic partnerships with national and local resources in Tulsa. The goal is to build out a Black innovation economy that allows for widespread participation in the creation of wealth through entrepreneurship in the fields of science, technology, engineering and math, or STEM.

But in order for Black people to truly capitalize on this opportunity in a way that brings long-term sustainable wealth, the seed has to be planted in our children from the get-go. Black Tech Street will aim to show young Black children that they can be a trailblazing tech CEO or a technologist working to solve climate change, world hunger or wealth inequality. We’re looking to build programming and eventually, an entire apparatus adjacent to Tulsa’s school system that allows young Black children to grow up learning coding, STEM and entrepreneurship. Our goal is to instill these skills gradually in our students throughout their primary education so that, upon graduation, they can become a tech entrepreneur or a software engineer. We want Black children everywhere to look in the mirror and say, “I am what a successful tech CEO looks like,” and, “I am the future of global innovation.”

Black people have always been some of the world’s greatest innovators, and it’s past time we reclaim that narrative. Black Tech Street aims to show every Black person in America and across the world that, they too, can embrace technology — not only as a means of building intergenerational wealth, but also as a medium to solve the problems that plague our people and this world. Through this work, we will help Black people rediscover and embrace our heritage as some of the world’s premiere innovators and pioneers as evidenced by visionaries like George Washington Carver, Lewis H. Latimer and Mary W. Jackson.

While I am excited for people to learn of the amazing things we plan to do for this community through our initiative, I am joyfully aware of the responsibility I have to follow in the footsteps of those who built Black Wall Street by giving a similar message to all Black people wherever they may be. Yes, Tulsa’s Greenwood was unlike anything that had ever been seen before and its destruction was devastating, but Black Wall Street has also inspired Black people everywhere to embrace self-sufficiency and build their own thriving communities.

Centuries of conditioning, racism and targeted exclusion has led so many Black people to shrink away from and specifically fear careers in science, technology, engineering and math.

Technology is woven throughout the very fabric of our global society. We don’t live in a world where you can be “not a tech person” anymore, nor should we. Technology is a gateway to solving the vast majority of the pressing issues that face our world. One hundred years after the destruction of Black Wall Street, the Black Tech Street movement will reinvigorate and help to unshackle the innovative spirit of Black people everywhere so that we can utilize our full potential as our ancestors did.

Ted Cruz is now totally cool with trolling the military

Security Architecture: FG Will Copy Our Ideas When...

Get the Sax, make some music – Wizkid...