Atandwa Kani has decided to pay tribute to his friend and former co-star Chadwick Boseman, who passed away a few weeks ago.

The South African actor starred as the younger King T’Chaka alongside Boseman in the blockbuster movie Black Panther.

Atandwa Kani honored Chadwick’s memory by getting a tattoo of him. He uploaded a video of the artwork on his Instagram page with the caption:

“This is dope. Well done to who ever did this work”

“This is super dope especially that you have that resemblance to him.” 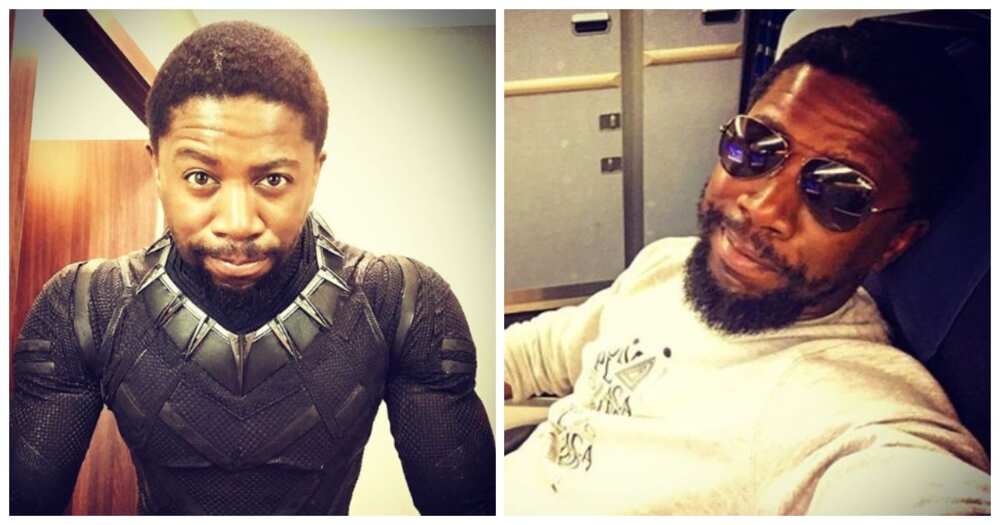 Boseman passed away after a battle with colon cancer on August 28, leaving fans reeling in shock. Briefly.co.za previously reported that South Africans have called upon Marvel Studios to make Atandwa Kani the next Black Panther.

The people feel it is only right that an African actor takes the opening after the original actor Chadwick Boseman sadly passed away. Atandwa’s father John Kani starred alongside Chadwick in Black Panther. John has ever only spoken highly of Chadwick and now the people of Mzansi want to see Atandwa star alongside his father.

Bioreports had earlier reported that Chadwick had wanted to film Black Panther 2 before his death.

According to The Hollywood Reporter, a source close to the late actor said that despite his declining health, Boseman was convinced that he would recover and film the movie.

The publication reports that even one week before his death, the Wakandan prince was still feeling optimistic.

Filming of the award-winning movie was due to start in March 2021. According to reports from sources at Disney, there have been no talks about the way forward as they mourn his untimely death. It is further reported that no one involved with Black Panther was aware of his condition. It was Boseman’s wish to keep his cancer battle private.

From Nduka Chiejina, (Asst. Editor), Abuja THE Office of the Accountant-General of the Federation (OAGF) paid about N1.77 billion between April...