Bishop Kukah: This is our position – Northern Elders react to Garba Shehu’s statement

Speaking on Arise TV’s Morning Show monitored by Bioreports through its spokesperson Hakeem Baba-Ahmed, the forum said though it would not like to react directly to Kukah’s statement, “nothing on the ground is threatening Muslims or Christians.”

Baba-Ahmed, however, said leaders must be careful of what they say so that they do not plunge the country into a religious rift. 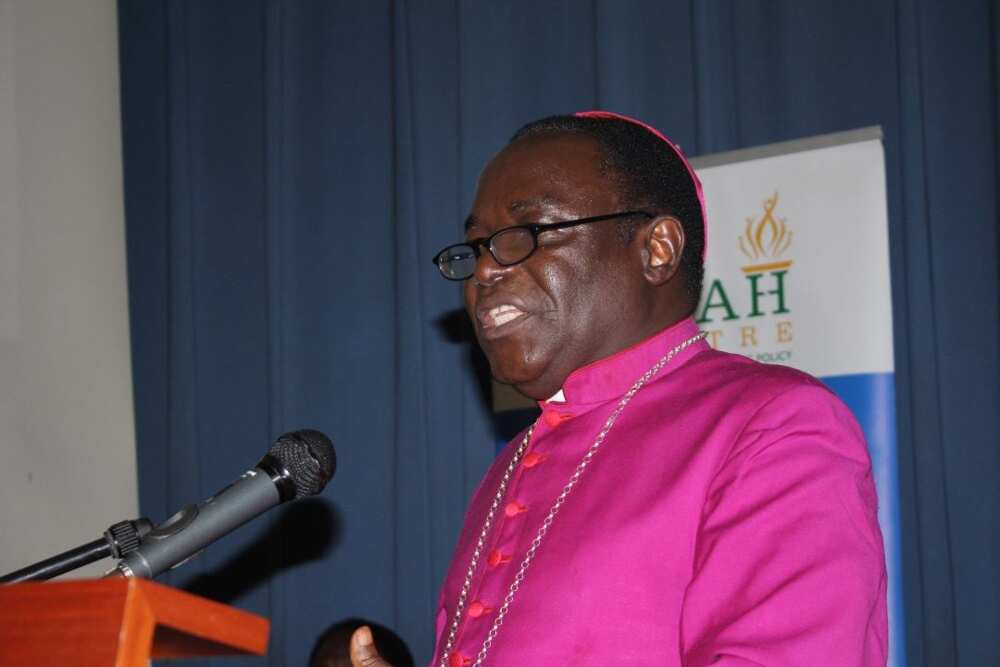 NEF said religious and political leaders must be careful of what they said.
Credit: PM News
.

He noted that Nigeria is a country where people are “jealous and sensitive to their faith”. According to him, nobody should be allowed to create friction along religious borders.

The Muslim Solidarity Forum (MSF), a society based in Sokoto, had on Tuesday, January 12, asked Bishop Kukah to “quietly and quickly” leave” Sokoto, saying the message of the cleric was a direct attack on Islam and then asked him to leave.

Speaking through its acting chairman, Isa Muhammad Maishanu, the group also stressed that Bishop Kukah is fanning embers of religious violence, though the cleric in question has “as a matter of honour” challenged MSF to show where he attacked Islam or Muslims.

Meanwhile, the Christians Association of Nigeria (CAN) has reacted to the call for Kukah to apologise for his statement, describing the threats of MSF as laughable.

The general secretary of CAN, Rev. Joseph Daramola, said the respected cleric spoke within the limits of his fundamental human rights.

Kukah has protection under the constitution – Presidency

In a swift response to the threats asking Bishop Mattew Hassan Kukah to apologise or “quickly and quietly leave” Sokoto state, the presidency on Wednesday night, January 13, responded in defence of the respected cleric.

A media aide to President Muhammadu Buhari, Garba Shehu, said Kukah “has the right” to freedom of speech, among other protection under the law.

2023: 10,000 youths to trek from Lagos to Bauchi to push for northern governor to contest