Big win as Nigerian man set to get key appointment from US president-elect Joe Biden, he’ll be number 2 person in charge of govt revenue

According to Politico, Adeyemo will serve under former Federal Reserve chair Janet Yellen, who will be appointed to lead the US Treasury Department.

Bioreports gathers that Adeyemo, who was raised in California, is a former senior international economic adviser during the Obama administration.

He obtained a bachelor’s degree before proceeding to Yale Law School for his legal education. Adeyemo is the first president of the Obama Foundation.

The president-elect will be announcing the appointment of many key cabinet positions in the coming days ahead of his swearing-in. 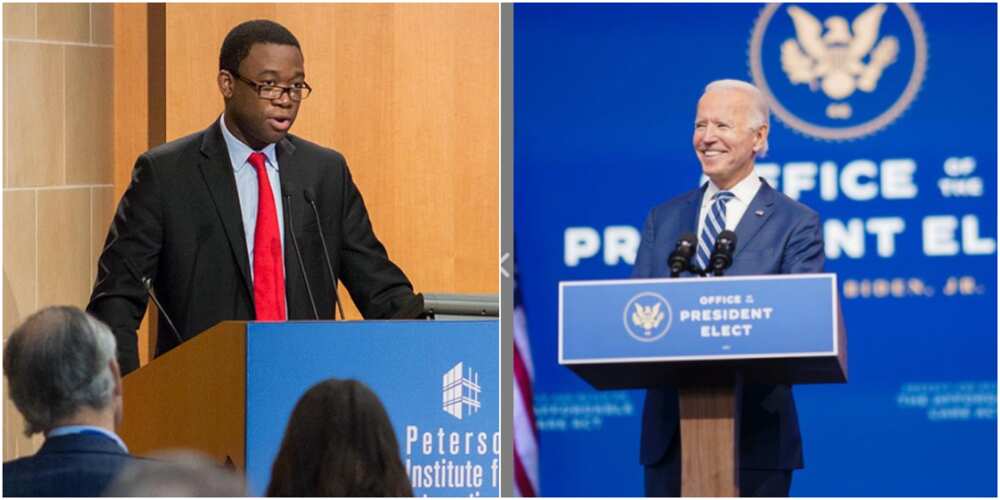 Adeyemo has joined other Nigerians in the United States excelling in their political career and making the country proud.

Meanwhile, Bioreports previously reported that a Nigerian living in the United States identified as Adeoye Owolewa was elected to the country’s Congress, becoming the first to do so.

The 31-year-old politician ran on the platform of the Democratic Party to represent Washington DC in the House of Representatives.

“Congratulations to Oye and to the entire Nigerians at home and diaspora.”