– Showing appreciation to God, he said he is a pure product of grace

A young Nigerian man, Yusuf Asamu Olalere, has finished his law school in a grand style as he emerged as the overall best graduating student.

To honour his achievement, the Nigerian Law School gave him 12 awards to celebrate him. He should be noted that Olalere also graduated with a first-class from the University of Ibadan (UI).

In his Twitter post on Tuesday, September 15, the UI graduate called himself a product of grace, adding that he is “eternally grateful to God”

His tweet has drawn so engagement that people sent him congratulatory messages from far and wide. There were some who chipped in some pieces of advice on how he should chart his future path. 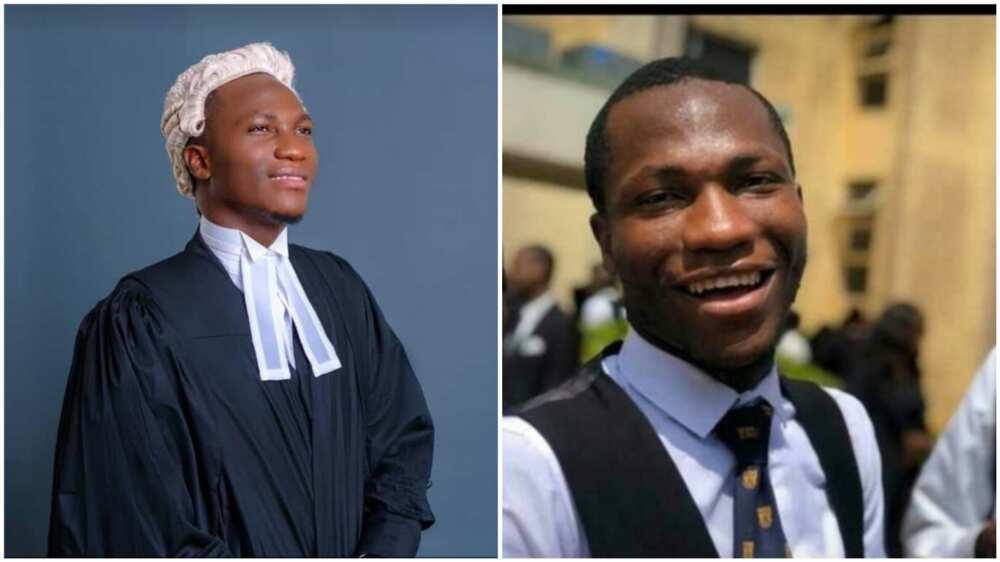 Meanwhile, Bioreports earlier reported that a Nigerian lady took to social media to celebrate her win after graduating as one of the top 10 best graduating students in corporate law out of over 1,700 students.

The young lady with the Twitter handle @_omobanjo, who is part of those that were recently called to bar, shared the good news on the platform.

In other related news, Chika Eze on Monday, June 8, was sworn to the State Bar of Georgia. According to her, the ceremony was performed by Judge Emily K Richardson of the Fulton County Superior Court.

With the swearing-in, Chika’s name can now be found in the Georgia attorney directory and also the Nigerian Bar Association. She is under 30 years and has two bar licenses in the US and Nigeria.

In the news of Nigerians practising law abroad, Abimbola Johnson spoke about the realities she faces in UK being a criminal defense lawyer.

Abimbola said that her experience in a white-dominated country has made her sensitive to how a person’s identity can affect them in life.

In talking about her work and skin, she said that sometimes she is the only one sharing the same blackness with her clients in courts.

“My blackness also means that often I’m the only person in court that shares skin colour with my clients and there are times when I’ve understood a cultural context to their instructions that has not been picked up by others,” she said.