Nigerian music star, DJ Cuppy, is no doubt accepted with mixed feelings and some trolls have been known to bully her on social media.

Just recently, the Nigerian billionaire’s daughter took to her Instagram story to bare her mind about some things as she described herself.

According to Cuppy, she is the most upfront, honest and unapologetically genuine person someone would ever meet.

Explaining further, the disc jockey said that she did not know how to act otherwise but that being that way sometimes works against her. 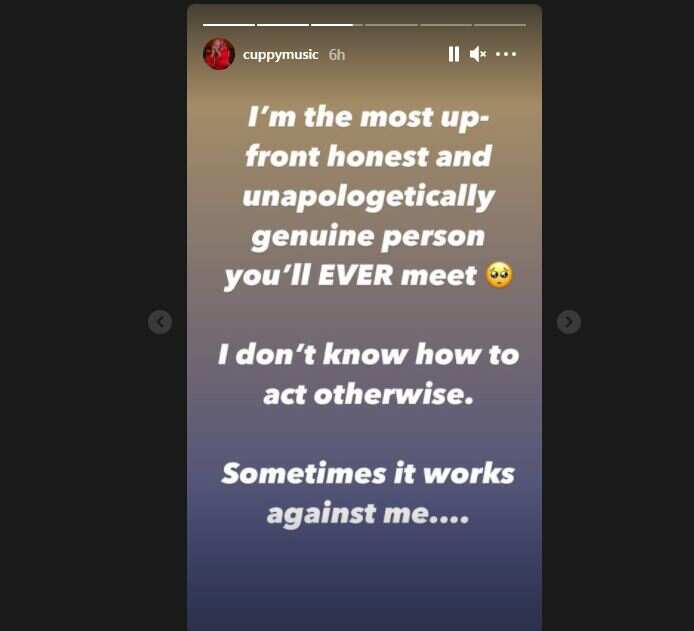 DJ Cuppy has spoken on how being a genuine person sometimes works against her.
Photo: @cuppymusic
Source: Instagram

The billionaire daughter recently went through a tough time on social media after she was dragged by trolls who reacted to claims that she owed another music star, Zlatan Ibile.

DJ Lambo, Teni and 4 other celebrities that pull off stunning tomboyish styles

The claims were made by singer Davido’s logistics’ manager, Isreal. Cuppy’s lawyers later served the young man a legal letter, demanding an apology for his defamatory statements.

In other news related to the billionaire’s daughter, Bioreports reported that DJ Cuppy spoke on how she had learned to kill people with kindness.

Isreal claimed that Cuppy refused to pay Zlatan for his efforts on their hit collaboration, Gelato, and also didn’t see to his logistics after inviting him to her fundraiser.

Amid the speculations going around online, DJ Cuppy in a Twitter post simply described the entire situation as a fictitious development. Cuppy likened it to popular soap opera, Super Story.

However, that was not all the celebrity DJ had to say about the matter. In a different tweet, DJ Cuppy explained that she has learnt to kill her naysayers with kindness and also rise above the noise.

We are going through hell in America – Actress Bukky Wright laments